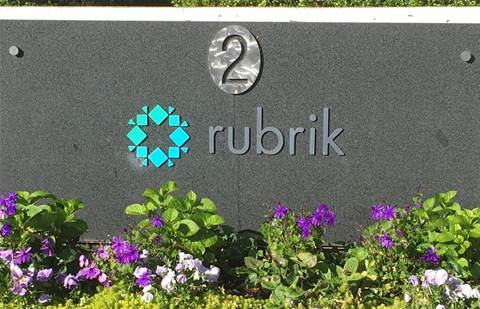 The new release, Andes 5.3, reflects the expansion of Rubrik to meet the needs of the largest enterprises, said Vasu Murthy, vice president of product for the company.

Enhancements to Andes 5.3 reflect the fact that customers are looking for both data security and data management, Murthy said.

New to Andes 5.3 is application-specific data protection, particularly for databases.

Compared to prior versions of Rubrik Andes, the new version 5.3 triples the backup performance for file-based data on NetApp NAS appliances and allows up to 35 million files to be scanned in less than 15 minutes, Murthy said.

Also new is a ten-fold increase in backup performance for SQL Server environments, with support for up to 10,000 SQL data bases on a single Rubrik four-node cluster, and a doubling of Oracle backup speed to nearly 1 Gbyte per hour, he said.

Before that API became available, Rubrik’s technology had to query each file, one after the other, to see if any had changed in order to back up the changes, he said. That can really drag down performance, especially as the number of files, most of which are small, approaches the billion mark, he said.

“The storage infrastructure knows what changed,” he said. “Now Rubrik can ask the NetApp SnapDiff API for a list of change, and not ask each individual file. That’s a significant increase in speed. Rubrik now says to NetApp, ‘Just tell me what changed.’”

Rubrik Andes 5.3 also includes expanding orchestration of data with the cloud. Murthy said it now includes integration for Amazon Glacier and Amazon Glacier Deep Archive, which are the lowest-cost storage tiers in the Amazon cloud on per-terabyte basis.

“Now if data is move to the cloud, it can be moved to cheaper tiers,” he said. “Glacier Deep Archive is 23-times cheaper than Amazon S3.”

“Our goal is to keep expanding, especially in the cloud area,” he said.

It also includes new risk mitigation capabilities through the latest release of Rubrik’s Polaris Sonar technology for high visibility into such high risk areas as sensitive files that may not be locked down or data which has not been accessed for some time. Murthy said Polaris Sonar scans data as it is being backed up to understand who has accessed files and when.

“This adds a governance layer to the data,” he said.

Looking forward, Murthy said Rubrik will continue development of its cloud data management platform in 2021 around a couple of themes.

The first is making sure it has the best performance and scale possible, particularly for databases. “We will double-down on databases, especially on Oracle databases,” he said.

The second is to ensure disaster recovery is orchestrated very well. “We want to make sure we know more about applications to ensure easier recovery of data and application migrations,” he said.

The third is to expand the platform’s risk mitigation capabilities, Murthy said. “It won’t just be aware of what data users are accessing, but aware of all users’ data,” he said.