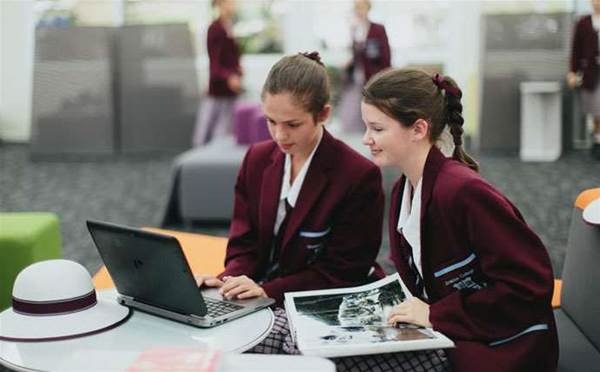 Brisbane-headquartered Serenity IT Solutions has deployed a Ruckus wi-fi network to support more than 1,500 students and teachers at Ormiston College.

The project helped the primary-to-year 12 private school to achieve better coverage while reducing the number of access points in the school by 30 percent.

"We have been working with Ormiston College for over four years and it was clear that, as the College continued to innovate and integrate the latest technology, the wireless infrastructure needed to be upgraded," Serenity IT Solutions director Michael Del Manso said.

The work included the installation of a ZoneDirector 3000 controller, 70 ZoneFlex R710 indoor dual-band 4x4 802.11ac Wave 2 access points throughout the campus and Ruckus BeamFlex wi-fi antenna array technology. The antenna monitors the environment and adjusts the signal to the best performing path, automatically steering around interference and obstacles.

Ormiston College started having problems with firmware updates in the old system, according to Ruckus, so in order to keep its 1,100 devices connected it started a review of the networks.

College IT manager Solomon Box said that the school spoke to other institutions for their opinion on wireless technology and found that Ruckus had positive reviews.

"Since installing the Ruckus WLAN, we have seen substantial improvements in the reliability of our network which has been welcomed by the school community. We have also seen an increase in the speed of the network which has helped with a variety of applications and smart learning initiatives," said Box.

Located in Brisbane's eastern suburbs, Ormiston College has a history of embracing the latest technology, according to Ruckus, and is one of nine Australian Microsoft Showcase Schools - a global community of schools engaged in digital transformation to improve teaching and learning.

Box expects to further benefit from the new Ruckus wi-fi over the next five years. "We strive to keep up to date with the latest advances in education technology and have plans to upgrade to Wave 2 11ac-enabled laptops in the next few years."

Ruckus Wireless' managing director at ANZ Pat Devlin, who is due to finish up at the company this Tuesday, said that over 400 educational organisations in Australia and New Zealand use Ruckus Wireless Smart Wi-Fi.

Serenity IT Solutions was founded in 2009 by technical director Mona Taimana and director Michael del Manso. The reseller also partners with Extreme Networks, Simplivity and Sophos.

Ruckus Wireless was acquired by Brocade on April this year for $1.6 billion.