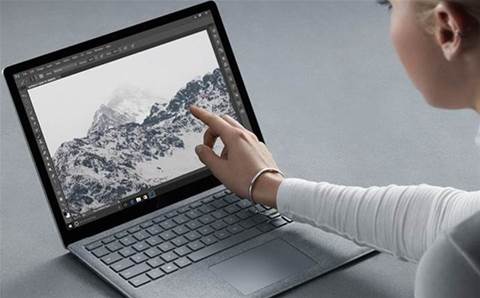 Microsoft's devices boss has shot down speculation that the company is considering axing its Surface division.

Corporate vice president of devices Panos Panay said the claims were "so far from the truth" and were "tabloid rumour of the week", according to Business Insider.

The claims emerged from a panel of Microsoft's OEM partners during a conference with Canalys, as reported by The Register.

Canalys chief executive Steve Brazier argued that the low-margin Surface business would be first on the chopping block the next time Microsoft looked to cut costs, with sales dropping 26 percent last financial quarter.

“When the capital expenditure challenge that Satya Nadella has taken Microsoft down becomes visible to Wall Street, everyone will ask him 'Why have you gone to a low margin business?'” Brazier said.

“Frankly speaking, it is difficult to see why they should keep losing money. For them it is a very difficult exercise to run hardware products business, they need to be careful about every single detail as the margin on this is so thin.”

The two went on to suggest the Surface brand was likely to end in 2019.

In response, Panay said the strength in Surface was in its improvements being adopted by OEM partners, something Microsoft hasn't kept secret. According to IDC's most recent Worldwide Quarterly Device report, sales in detachable tablets like the Surface Pro and iPad Pro are expected to surge by 14 percent over the next four years, representing the only device that will see growth in the personal device market.