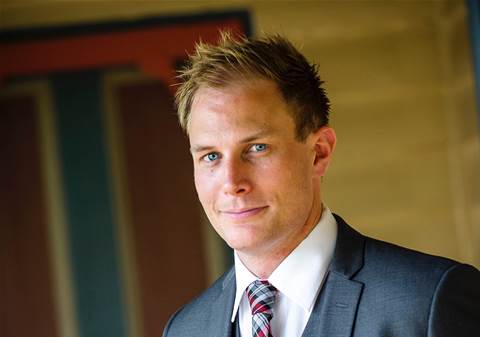 Runecast has appointed Andre Carpenter to lead its channel sales in Asia-Pacific.

The London-based company’s flagship product, Runecast Analyser, is a tool for monitoring VMWare instances and also works with those hosted on AWS.

Carpenter joins the company from AvePoint where he was also the channel chief. Prior to this he spent over two years at Oracle as principle technologist. He was also previously alliances manager for the region at Veeam.

Speaking to CRN, Carpenter said he had been aware of Runecast’s technology for a number of years

“It represented a fantastic opportunity to take it to the APAC market. The company has had triple digit growth in other regions and so this allows us to support our growth in APAC”

While Runecast is originally a Czech company based in London, one of its founders, VP of sales Ched Smokovic is based in Sydney. While he is in a global role, Carpenter said this will provide him and the rest of the local team with additional support.

For Carpenter, the natural fit for Runecast are established VMware partners as the product is complementary to the virtualisation vendor’s technology. Carpenter said he is already in discussions with a number of Top VMware partners.

This gives the company a generous list of targets as the virtualisation vendor’s roster is a veritable who’s who of the Australian channel. VMWare’s top tier partners are Fujitsu Australia, Accenture, NTT, DXC, AC3, CGI, Dimension Data, IMB, Macquarie Telecom, Rackspace and Unisys.

Carpenter said he was also looking at some AWS partners working with VMWare.

Runecast Analyser ties in to the VMWare knowledge base and by quantifying the constant stream of information and Carpenter said it can potentially predict problems before they occur.

“This has the potential to be part of a great managed services offering around VMWare,” he said.

Speaking on the appointment, Runecast CEO Stan Markov said the company had been gradually maturing its product in the last five years and had built a strong brand as a result.

“As the market demand for our product increases, we look for ways to scale and deliver the value of Runecast Analyzer globally,” he said in a statement to CRN.

“That's why expanding our channel business in all major geographies is strategic at this stage. We are thrilled to welcome Andre on board to lead the channel expansion in Australia and APAC.

“He brings a unique combination of technical expertise and solid channel leadership experience which is key for successful relationships and accelerated channel growth in our segment,” Markov added.