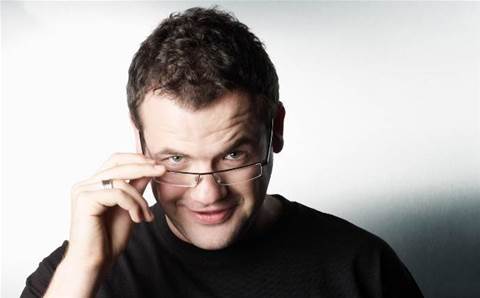 Australia's IT leaders continued to grow their wealth in 2018, making up a sizeable portion of the $282.7 billion held by the country's 200 wealthiest people on the Australian Financial Review's Rich List this year.

The annual ranking was once again topped by Anthony Pratt, chairman of cardboard manufacturer Visy, who increased his wealth to $12.9 billion, followed by property mogul Harry Triguboff with $12.77 billion and mining magnate Gina Rinehart with $12.68 billion.

Atlassian founders Mike Cannon-Brookes and Scott Farquhar once again topped the technology rankings, coming in at No. 11 and 12 respectively. The pair both managed to more than double their wealth since last year, reaching $5.16 billion each.

The two Atlassian founders were followed in the tech rankings by Harvey Norman founder Gerry Harvey at No. 28, slipping seven places from last year. Harvey's net worth dropped from $2.34 billion last year to $2.12 billion in a year that saw the electronics retailer's share price fall 23 percent, wiping $700 million off its value when it revealed disappointing half-year results in February.

TPG founders and majority shareholders David and Vicky Teoh also saw their wealth slide from $1.91 billion last year to $1.76 billion after the company's share price started to crumble. They both ranked No. 38, down from the 26th spot last year.

TPG is gearing up to launch its own mobile network in the second half of this year, the fourth network in Australia, after forking out $1.26 billion to acquire its own 700Mhz spectrum last year.

Making his return to the list after a three-year absence was Ruslan Kogan, founder and chief executive of the eponymous online retailer. Kogan's share price has surged from $1.52 when it first listed on the ASX to more than $9 at the time of writing, helping Kogan increase his wealth to $395 million.

Two tech executives also become billionaires for the first time this year, joining the other 74 billionaires on the list. Richard White, chief executive of logistics and supply chain software firm WiseTech Ranked No. 44, up from No. 68 last year, and increased his wealth from $882 million to $1.66 billion.

Computershare founder Chris Morris also cracked the billion-dollar milestone after his share registry business increased its share price by more than 20 percent since last year. Morris remains a major shareholder of Computershare, but focuses his efforts on Colonial Leisure Group. His wealth increased from $847 million to $1.02 billion, though his ranking slipped from No. 76 to No. 71.