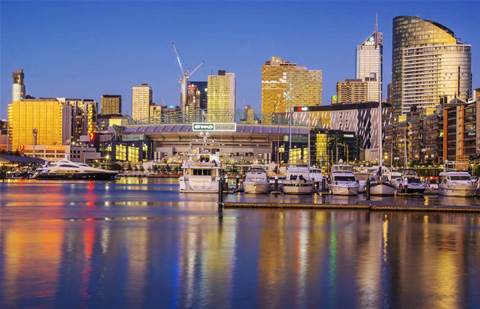 Digital solutions developer RXP Services has been tapped by the Victorian Government to develop a mobile app to help improve safety for boaters and paddlers in Victoria.

Named “Boating Vic”, the app was commissioned by Maritime Safety Victoria (MSV), a branch of Transport Safety Victoria that ensures the safety of both vessels and waterways across the state.

The app was developed in response to an increase in boaters and paddlers suffering injuries on the water, with more than 1000 hospital admissions relating to boating injuries from 2005 to 2015, an average increase of 5.3 percent per year.

Boating Vic, built on top of MSV’s existing Salesforce platform and also available as a standalone website, helps users plan their trips and help keep boaters and paddlers up-to-date while out in the waterways.

It informs users of boat ramp and car park availability, marine weather forecasts fed directly from the Bureau of Meteorology, warnings, notifications, facility information and safety advice from a range of government agencies.

“Conditions on the water can change incredibly quickly. That’s why it’s important that waterway users don’t become complacent about checking the weather during their trip. Boating Vic provides waterway users access to localised marine weather that gives them information they need, when they need it,” he added.

Since launching last year, Boating Vic has had more than 10,000 app downloads, more than 4000 accounts created, and in excess of 500,000 page views. RXP included a survey module within the app, which found that 87 percent of respondents indicated Boating Vic influenced their decision to head out on the water.

RXP southern region group executive Jared Hill said, “Built on MSV’s existing Salesforce platform our team engaged with boaters and paddlers directly using Human Centered Design methodology to ensure what we built was exactly what they needed to return home safely after a day on the water.”

“This was a great project to have worked on and even more pleasing it’s one that is delivering real behavioural change,” he added.

Grow your software revenue by selling these 5 affordable, essential tools for the modern workplace
By Nico Arboleda
Jun 29 2020
5:47PM