SA asks IT suppliers: how should we spend $100m? 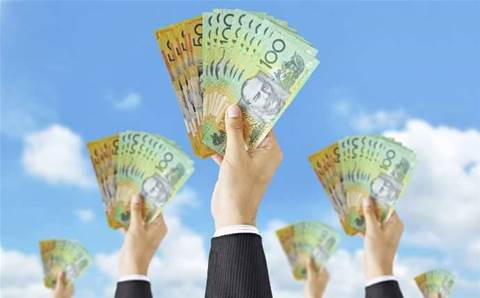 The South Australian government will put $100 million worth of IT work up for grabs as part of a completely open expression of interest process due to commence in the coming months.

A spokesperson for the Department of Premier and Cabinet described the approach to the IT industry as a “broad call for expressions of interest”.

“We want to hear innovative ideas from potential suppliers rather than specifying particular services,” she said.

Premier Jay Weatherill also stopped short naming any services to be targeted by the nebulous scheme, but said he was aiming to “create a leading ICT environment for the public service to make it mobile and adaptive to deliver the best and most efficient services to South Australians”.

The best pitches - whatever they may be - will be considered for whole-of-government supply deals the SA government says could replace the $100 million worth of goods and services currently bought independently by agencies.

More information on the scheme is expected to be provided through a dedicated website, which will debut shortly.

The SA govt remains a big advocate of fixed whole-of-government contracts, such as its $525 million, nine-year telecommunications panel, even while other states turn towards more flexible procurement frameworks.

It estimates it spends around $260 million a year through these cross-government IT deals.

While anyone and everyone will have the opportunity to pitch their wares to the SA government, the DPC spokesperson said there would be “a focus on the delivery of ICT services which will provide employment opportunities in this state”.

“This is all about using government purchasing to help create ICT services in South Australia that drive locally-based innovation and growth in the ICT industry,” Public Service Minister Susan Close said in a statement.

The state’s industry participation plan already assigns weightings to government bids according to the amount of work or investment the contractor proposes to inject into South Australia.