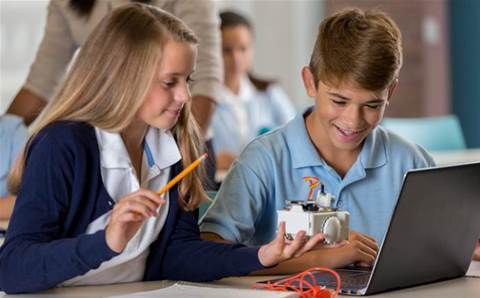 The South Australian government has pledged to giving a laptop to every year 10 public school student across the state.

The $70 million Laptops for Students program will be over a period of five years with the aim of equipping all year 10, 11 and 12 public school students with their personal laptops by 2021.

A trial laptop rollout will commence for “a number of schools” in the second term of 2018, with a rollout to all year 10 public school students set in 2019.

“The Laptops for Students program will ensure every public student has access to a quality device as they enter the senior years of schooling,” South Australian education and child development minister Susan Close said.

“A student’s learning is no longer constrained to just within the school, providing laptops to students will allow them to take their learning with them empowering the opportunity to learn anywhere and at any time.”

A spokesperson from the South Australian government told CRN the laptops to be provided would be dependent on each school's device type preference to support their curriculum delivery.

The announcement was made as part of the state’s Education Week blitz, which involves visiting 100 schools this week, speaking to parents and teachers across South Australia.

Meanwhile, those schools that currently have school-owned laptop programs in place will allocate the devices currently being used by year 10 students to other students in the school.

The state government is also investing “tens of millions of dollars” to upgrade broadband speeds across public schools and preschools, which is expected to take two years to complete.

Additionally, four new schools will be built as part of the plan, while looking to upgrade a further 165, including with new science and mathematics laboratories.

“The state Labor government continues to invest in our children’s education, and this program will help students to achieve their best, while developing the digital skills and knowledge critical to pursuing future job opportunities,” South Australian premier Jay Weatherill said.

“Coupled with a major upgrade to broadband speeds, public school students are being set up to succeed in a world where online learning and literacy has become critical to education.”

The SA government plan would reduce the costs of 'bring your own device' (BYOD) on the parents in the state.

A survey commissioned by Commonwealth Bank of Australia found that parents of primary and secondary school students are expected to spend 43 percent more on school supplies in 2018, largely driven by a growing demand for technology.

7 steps to MSP success: from pricing to specialisation
By Nico Arboleda
Jan 29 2018
1:48PM