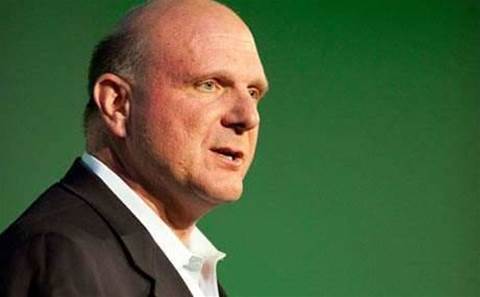 The upbeat reaction to Steve Ballmer's retirement doesn't do justice to the Microsoft's chief executive's passion and commitment, according to local partners.

Ballmer announced this week that he plans to retire within 12 months, after 33 years with the software giant, the past 12 as only its second chief executive.

"Personally, I have been involved with Microsoft since the late '80s, and Steve Ballmer has been a big part of Microsoft that whole time.

"He has always been incredibly passionate about Microsoft – more so than most other CEOs. He has also driven a partnering ethos in Microsoft, to the benefit of the organisation."

But Francis added, "it is time for a change".

"Even though Microsoft is tremendously successful, with sixteen $1 billion business units and record revenues, Microsoft is under attack from journalists, investors and market pressures alike. A new CEO will reset some of the negativity and hopefully guide Microsoft into a bright future."

Rhys Evans, chief technology officer of multi-state IT business Thomas Duryea Consulting, said he was "both sad and happy at the same time".

"Ballmer has been part of the Microsoft story since being hired as the 30th employee of the company and has helped it grow to a 100,000-plus person organisation touching almost every business on the planet.

"I do, however, believe that it's time for a changing of the guard to truly bring the best out of this 'devices and services' strategy."

Evans pointed to Microsoft's "great leaps and strides with the cloud" as examples of Ballmer's high points, including Windows Server 2008 R2 and 2012 and System Center 2007/2012, Azure, Office 365 and Dynamics CRM.

"Microsoft's Business and Enterprise portfolio has flourished under him. Unfortunately, Microsoft's consumer and mobile space has been disappointing for years, from the Zune, Kin, Windows Mobile to Windows Phone transition and Microsoft Surface, among others.

"Microsoft has a massive uphill battle to really improve this side of the business," said Evans.

"While many are happy about this, he has been a key part of the business since its extremely young days and I feel was one of the best choices to lead it since Bill Gates left," said Strant.

He added that the recent devices and services strategy was a high point of Ballmer's tenure.

"It showed an acceptance of modern trends and a real embracing of the 'consumerisation of IT', which was necessary to become a core focus of the business."

Strant said he couldn't think of a low point under Ballmer's reign. "I'm sure people will cite many, especially the recent Surface RT write-down, however, as much as Steve is the CEO, I don't attribute this to a low point in him being the CEO."

Strant tipped Kevin Turner as the next in line. "Kevin Turner is widely known and respected in the partner community and is very aggressive and vocal."

"Microsoft's commitment to the success of partners through a single, integrated partnering framework has helped Readify become an industry leader in software services," said Strange.

He pointed to the continued market leadership of Windows and Office as high points of Ballmer's leadership, as well as Xbox's conquest of the console space.

But there were also mis-steps at Microsoft, said Strange. "Vista was clearly a low point. I think most people would agree – including Steve."

"I would like to see Microsoft’s new CEO drive innovation even harder. The new strategy around devices and services looks good, but the success of this strategy will depend heavily on building enterprise-grade services in the cloud and bringing beautiful products to market. Let’s hope the new CEO is an innovator," added Strange.

Peter Kazacos, managing director of ASX-listed IT and telecoms company Anittel, praised the announcement. "I think it's the best thing to happen to Microsoft.