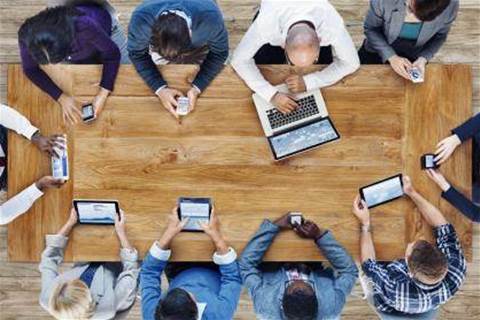 The steady decline in tablet sales continued in the second quarter of 2017, according to IDC figures that show detachable tablets and cheaper iPads failed to mitigate the fall in shipments.

The overall market has been in trouble for some time, and despite the release of cheaper products from Apple and others, worldwide tablet shipments fell 3.4 percent year-on-year, hitting 37.9 million units.

Detachable tablets couldn't change the downward trajectory, despite previously being touted as the tablet market's saviour, with the devices also falling ahead of anticipated upgrades from Microsoft and Apple, which should see detachables perform strongly in the second half of 2017.

Jitesh Ubrani, senior research analyst for IDC's worldwide quarterly mobile device trackers, said: "There's been a resetting of expectations for detachables as competing convertible notebooks offered a convincing and familiar computing experience for many. To date, the 2-in-1 market was bifurcated as Apple and Microsoft led with detachables while the PC vendors led with convertibles.

"Though that is slowly changing as smartphone vendors and traditional PC vendors begin to offer compelling alternatives, the pace has been rather slow as Surface and iPad Pro still dominate shelf space and mindshare."

Three of the five (Apple, Huawei and Amazon) top vendors actually increased their share of the market this quarter, though IDC warned that this growth could be short-lived due to the long replacement cycle for this kind of device when compared to smartphones and traditional laptops.

"The tablet market has essentially become a race to see if the burgeoning detachables category can grow fast enough to offset the long-term erosion of the slate market," said Linn Huang, research director for devices and displays at IDC.

"From that lens, the second quarter was a slight righting of the ship and there is still much to be hopeful about in the back half of 2017."

She added: "New products launched from Microsoft and Apple are generally accompanied by subsequent quarters of inflated shipments, the reintroduction of Windows to the ARM platform could help remedy the aforementioned following of the middle of the market, and we expect a proliferation of Chrome OS-based detachables in time for the holidays."