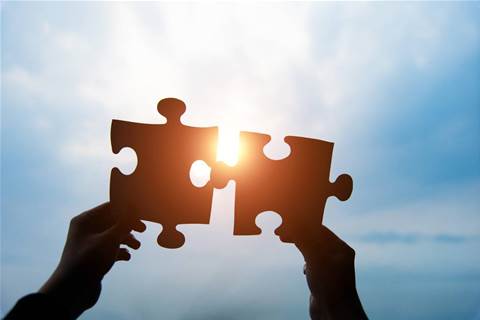 Snowflake is taking its alliance with Salesforce to the next level with the two cloud-computing companies unveiling native integration between their cloud systems that will allow partners and customers to more easily move Salesforce data to Snowflake’s cloud data warehouse and analyze it using Salesforce’s Einstein and Tableau business intelligence tools.

The announcement comes just months after Salesforce acquired a stake of undisclosed size in Snowflake when Salesforce Ventures was one of multiple investors in a blockbuster US$479 million Series G round of funding for Snowflake in February.

“The whole concept of the Data Cloud is to allow data not to be siloed, not to be bunkered, so that data can be effortlessly combined and joined and we can drive far greater and far faster insights [from the] data and then act on it,” said Snowflake Snowflake CEO Frank Slootman in an online press briefing.

Snowflake is one of Silicon Valley’s most successful startups in recent years: The company’s value hit US$12.4 billion after the February funding round.

Fast-growing CRM application giant Salesforce is one of the industry’s cloud pioneers, so the expanding Salesforce-Snowflake alliance is especially notable. “Snowflake is really becoming part of the Salesforce orbit with this [new] architecture,” Slootman said.

The second, Einstein Analytics Direct Data for Snowflake, allows users to directly query data residing in Snowflake, including Salesforce data and data generated by other business applications, mobile applications, web activity and IoT devices, according to the two companies. That also includes data acquired through the new Snowflake Data Marketplace.

“It’s more important than ever that organizations have the resources to answer critical questions and they’ve got to have access to timely, detailed, trustworthy data,” said Tableau Software CEO Adam Selipsky, who represented Salesforce in the press briefing. “Data is just moving to the center of so many different organizations. We’re moving to the age of data and analytics ubiquity. And at the end of the day it’s all about empowering employees with data to make better decisions faster.”

“They all have a huge amount of Salesforce[-generated] data and a large percentage of them are moving data from Salesforce into Snowflake to combine it with other data sets,” Slootman said. “And that process is hard. Being able to seamlessly bring Salesforce data into our Data Cloud is a huge step forward, considering how strategic and important that data is to the world at large.”

In addition to the Salesforce-Snowflake integration tools, Snowflake announced a number of feature additions to the Snowflake Cloud Data Platform, some of which, such as the Snowflake Data Marketplace and the Data Exchange, boost the Data Cloud concept.

The new Snowflake Data Marketplace offers third-party data sets that can be accessed through Snowflake accounts, while businesses and organizations will use the new Data Exchange feature to create their own data exchanges to share live, governed data between business units, partners, suppliers and customers.

The new Snowsight technology executes queries and commands within the Snowflake system, including SQL auto-complete, collaboration, visualizations and dashboards. A new Search Optimization Service improves the performance of point lookup queries on large data tables. And the new Organizations capability makes it possible to operate and manage multiple Snowflake accounts, including provisioning and managing accounts across multiple clouds.

A new Dynamic Data Masking tool creates masking policies that allow users to see data – or not – with varying levels of fidelity based on their permissions. And new integration with third-party tokenization systems provides increased protection of sensitive data.

Grabbing the hybrid cloud opportunity with Lenovo and Azure Services
By Rick Whiting
Jun 3 2020
8:58AM