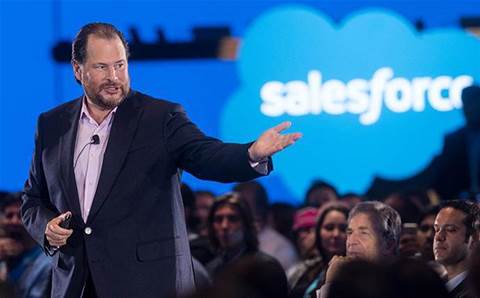 Few expect large-scale live events to resume anytime soon due to the Covid-19 pandemic, but most major tech companies have shifted their important conferences to virtual formats.

Salesforce, however, might just opt to entirely forego Dreamforce, the industry’s largest and most star-studded affair, in any form in 2020, Salesforce founder and CEO Marc Benioff told The Information in a report published Monday.

In April, Salesforce formally canceled the massive event, originally slated for Nov. 9 through 12, that last year drew 170,000 registered attendees to San Francisco, and likely tens of thousands more who didn’t register. At the time, the Software-as-a-Service giant said it would hold an online virtual event instead.

“Dreamforce is obviously a critical brand for Salesforce, but there’s no Dreamforce this year,” Benioff told The Information.

He went on to say he’s no longer sure the live event will be replaced by a digital format, the tech news site reported.

“From that perspective, we’ve been eager to see how a virtual Dreamforce could take place, with Silverline supporting it with all our digital marketing capabilities,” Hsuing said.

But if that too gets canceled, “it likely won’t have much impact to Silverline overall,” he said.

Silverline instead would focus marketing resources to various Salesforce go-to-market initiatives, and just “look forward to an in-person event in 2021.”

Benioff also told The Information he’s not sure how much longer he will run Salesforce, the company he founded in 1999 after leaving his position as the youngest vice president in Oracle’s history.

“I advise others and I advise myself the same thing, which is I have an open mind to all possibilities, and whatever is the right thing going forward, I will do,” Benioff said, according to the report.

The Information also reported that Mike Micucci, who led the Salesforce e-commerce and community collaboration businesses, has left the company.

Salesforce did not respond to requests for comment on any change in Dreamforce plans.