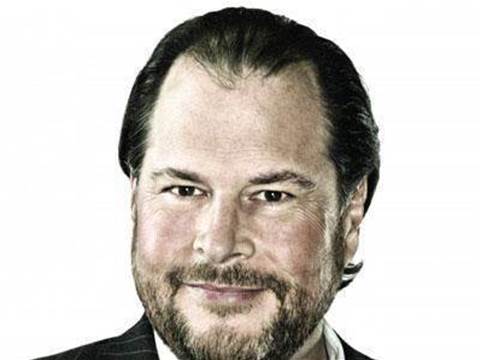 Keith Block, who quickly ascended to sharing Salesforce’s top job with founder Marc Benioff, on Tuesday said he would step down and leave the CRM giant.

Block will remain as an advisor to Benioff, who will once again fill the Salesforce CEO position alone.

“It's been my greatest honor to lead the team with Marc that has more than quadrupled Salesforce from US$4 billion of revenue when I joined in 2013 to over $17 billion last year," Block said in a prepared statement. "We are now a global enterprise company, focused on industries, and have an ecosystem that is the envy of the industry, and I'm so grateful to our employees, customers, and partners.”

Block didn’t mention future plans—only that he was ready for his “next chapter.” He pledged to “stay close to the company as an advisor.”

Benioff thanked Block for his seven years as a Salesforce executive.

"Keith's strategic thinking and operational excellence have deeply strengthened our company, and our close friendship endures. I am Keith's biggest supporter as he creates the next chapter of his storied career. He will always be part of our Ohana,” Benioff said.

Five years after joining Salesforce, Block was elevated to co-CEO in August of 2018. The plan at the time was for Benioff to free himself to focus on vision, innovation and culture by delegating leadership to Block over executing Salesforce's growth strategy.

After 26 years at Oracle, Block was dismissed in June 2012 for reportedly writing emails critical of Oracle's management and $7.3 billion acquisition of Sun Microsystems in 2010. For the previous decade, he had been Oracle’s executive vice president of North American sales operations, a position in which he led the software giant's channel organization.

Block landed the job of Salesforce president in 2013 to lead customer-facing operations across the rapidly growing SaaS vendor's global sales, customer support and consulting services organizations. He simultaneously took a seat on the company's board.

Quickly gaining the perception of Benioff's right-hand man, Block was promoted to chief operating officer in early 2016, reflecting the integral leadership role he was playing across the company.

With the announcement of Block’s departure, Salesforce named Gavin Patterson, a former BT Group plc CEO, a British telecommunications giant, as president and CEO of Salesforce International. Patterson will guide all Salesforce business outside of the United States from the company’s European headquarters in London.

Salesforce stock was down 2.41 percent to $176.90 in after-hours trading on Tuesday after the executive announcement.