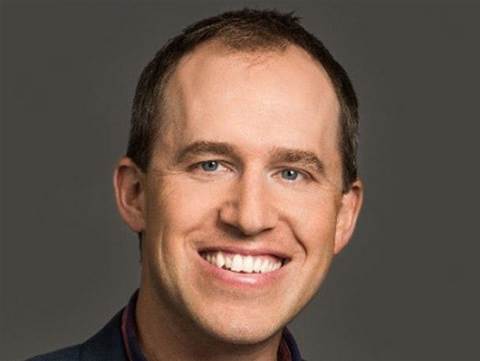 Taylor was also named vice chairman of Salesforce alongside Benioff as chairman.

The move returns Salesforce to a co-CEO model that the company operated under for about 18 months between 2018 and 2020 when Keith Block served as co-CEO.

“Salesforce has had an evolving leadership structure several times and we have also had tremendous success with the co-CEO structure,” Benioff said Tuesday during the company’s fiscal 2022 third quarter earnings call with analysts.

Benioff said Salesforce shareholders and stakeholders have benefited from “the acceleration of the company” brought about by its management structure changes. “So, I am very excited about the co-CEO structure. These jobs are big jobs and being able to have a partner that you can share [it] with makes it a lot easier.”

Salesforce previously operated under a co-CEO model when Block served as co-CEO with Benioff between August 2018 and February 2020. Before becoming co-CEO Block, who joined Salesforce after 26 years at Oracle, was Salesforce president and COO between June 2013 and August 2018.

Benioff said it was “very lonely” returning to being Salesforce’s sole CEO after what he described as a decision by Block to “retire” in February of last year. “And now to have a partner with Bret, I couldn’t be more excited.”

Benioff did not directly address an analyst’s question about the division of CEO duties between himself and Taylor.

Taylor, on the earnings call, said “it’s really an honor to be a part of this next chapter of Salesforce.”

Taylor, along with Salesforce President and Chief Revenue Officer Gavin Patterson, recently traveled around Europe visiting some 60 customers in London, Paris, Amsterdam and Frankfurt. At Benioff’s urging on the call, Taylor described “a sense of really moving forward” among customers despite the ongoing pandemic and the need to keep employee health and safety uppermost in mind.

Taylor joined Salesforce in July 2016 when Salesforce acquired Quip, Taylor’s three-year-old mobile software startup. Before starting Quip, Taylor was CTO at Facebook after the social media company acquired startup FriendFeed where Taylor was CEO. Before that Taylor worked at Google in the early 2000s and is credited with being the co-creator of Google Maps.

For the fiscal third quarter ended Oct. 31 Salesforce reported revenue of $6.86 billion, up 27 percent from $5.42 billion in the third quarter of fiscal 2021. Net income for the quarter was $468 million, compared to $1.08 billion one year earlier, largely due to a significant increase in operating expenses including marketing and sales costs.

The fiscal third quarter marked the first full quarter of Salesforce’s ownership of Slack after Salesforce closed its $27.7 billion acquisition of the collaboration application developer on July 21. Slack contributed $280 million to Salesforce’s top line in the quarter.

“Slack outperformed our expectations in the first full quarter as a part of the Salesforce family,” Taylor said. “I could not be more excited for the momentum we see for Slack, particularly Slack’s integration into Salesforce.”

The vision is that Slack will become a front-end application for Salesforce’s sales, marketing and other cloud applications, including the Salesforce Customer 360 package. At Salesforce’s annual Dreamforce conference in September the companies unveiled a number of Slack integrations with the Salesforce product portfolio, including Commerce Cloud and Experience Cloud – as well as enhancements to Slack itself.

Salesforce is forecasting that revenue in the current fiscal 2022 fourth quarter will be between $7.224 billion and $7.234 billion, up 24 percent year over year. The company expects to break the $30 billion revenue barrier in fiscal 2023 with revenue of $31.8 billion at the high end of the forecast range.

Benioff noted that he had long touted the goal of breaking the $20 billion revenue barrier – something Salesforce did just a couple of years ago. “No other software company of our size and scale is really performing at this level,” he said.