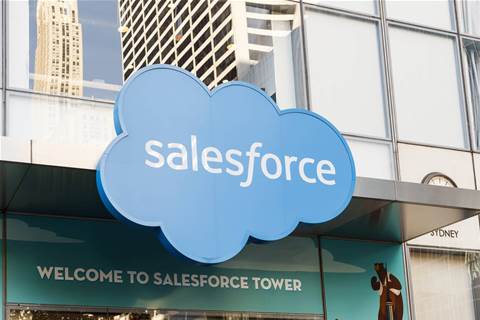 Salesforce has reportedly held talks to acquire Slack Technologies — a move that would allow the software giant to ramp up competition against Microsoft in the collaboration arena.

Salesforce and Slack did not immediately respond to requests for comment.

The newspaper noted that a Slack acquisition deal would value the workplace collaboration vendor higher than its market cap of US$17 billion before the stock price spiked today. However, the newspaper added, deal discussions could still fall apart.

Salesforce was one of Slack’s earliest integration partners, and the two companies have expanded and tightened their partnership over the last few years. In October 2019, the two companies announced the Salesforce for Slack app, which allows sales and services professionals to more easily access and share information from Salesforce applications in Slack.

The report of the deal discussions arrived as Microsoft Teams, which was introduced four years after Slack launched in 2013, is becoming increasingly prominent in workplaces. Last month, Microsoft CEO Satya Nadella said the application had reached 115 million users, a 53 percent increase from April.

Microsoft led the Software-as-a-Service market in 2019 by a five-point lead over Salesforce, according to an analysis by Synergy Research. Salesforce had been the leading SaaS company by market share until Microsoft took the top position in 2016 — a year after Microsoft offered US$55 billion to acquire Salesforce and was turned down.