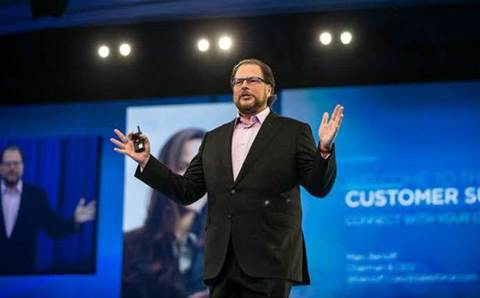 The venture wing of Salesforce.com Inc is launching a US$50 million fund to invest in startups employing artificial intelligence, the cloud computing firm said on Tuesday.

Salesforce, whose software helps businesses sell, market and track customer activity, has been increasing its use of AI since launching its 'Einstein' technology a year ago, which uses automation and data-driven features.

"There's a tremendous surge in companies who are providing unique AI innovations," said John Somorjai, executive vice president of Salesforce Ventures. "We want more of those companies to do these innovations on Salesforce's platform."

Salesforce revenues and income have grown rapidly in recent quarters, and it has boosted spending on research and development in the face of tough competition from rivals such as Oracle and Microsoft.

Venture capital investment in AI start-ups is rising quickly. For 2017, global financing for AI start-ups is projected to surpass US$10.8 billion - nearly double the US$5.6 billion spent in 2016, according to research firm CB Insights.

Since its founding in 2009, Salesforce Ventures has deployed more than US$700 million in funding to over 250 startups, Somorjai said. With its new fund, Salesforce is hoping to attract more developers to build AI apps that work in tandem with its products.

"What we're doing with this fund is really doubling down on that commitment to bring more AI-centric solutions to our customers," Somorjai said.

The company said that it was also expanding the number of AI tasks employed by its 'Einstein' technology.

Grab the MSP security opportunity
By Salvador Rodriguez
Sep 20 2017
6:50AM