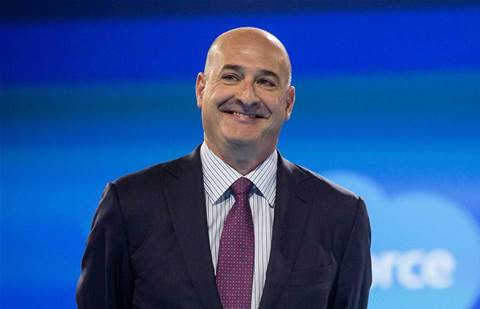 Salesforce co-CEO Keith Block is leaving the company on a high-note, as the CRM giant delivered strong growth in its fourth quarter and an acquisition in-line with the industry strategy Block championed.

Better-than-expected Q4 2020 earnings posted Tuesday weren’t enough to prevent Salesforce stock from ticking downward after the market closed, as the surprise resignation of Salesforce’s second highest executive weighed on investors. Shares fell slightly to US$178.55 after a close of $181.27.

Salesforce founder Marc Benioff, who again will be the company’s sole CEO after Block’s departure, downplayed concerns when asked on the call about managing the transition. Benioff commended the work of other executives and told investors Block built a world-class distribution team as he wanted to get out of the business of running the company’s sales operations.

Benioff praised Block’s nearly seven-year tenure at the company and said he was happy that the “incredible leader and close friend” would stay on as a direct advisor to him.

Block, who was tasked with driving Salesforce’s ambitious growth strategy when he ascended to sharing the top job with Benioff in 2018, took part in presenting investors with raised guidance for fiscal 2021 of $21.1 billion.

Block noted Salesforce was generating around $4 billion a year when he joined the company in 2013 as its president—less than the $4.85 billion produced in the quarter ended on January 31 for 35 percent year-over-year increase.

Benioff shared some thoughts on some other recent acquisitions.

MuleSoft, the data integration platform Salesforce purchased in 2018 for $6.5 billion, is performing beyond expectations, Benioff said. It is now a critical component to Salesforce achieving “our own holy grail” of creating the single source of truth for its customers.

As to Tableau, which Salesforce bought last year for nearly $16 billion, the “size and scale of their community continues to be a surprise,” Benioff said, even in some ways surpassing what Salesforce has been able to do with its own ecosystem.

But there’s more opportunity for Tableau “to monetize that in a more aggressive way” by adding ISVs into the mix, Benioff said. That’s something that Salesforce has figured out how to do well—and will be able to help its subsidiary execute.

After the record-breaking deal for Tableau, Salesforce didn’t expect to execute even relatively small acquisitions like the one for Vlocity. But buying that company was a unique opportunity because of Salesforce’s initial investments in it.

“We don’t see a huge opportunity to do more acquisitions now,” Hawkens said. “It’s not what we’re working on.”