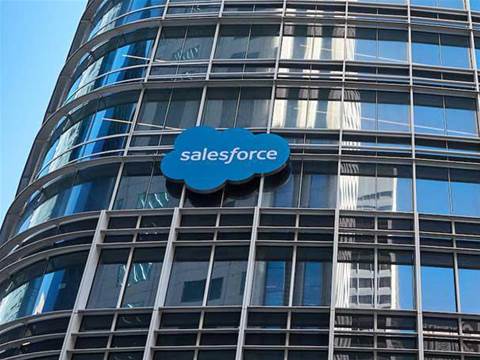 Salesforce, the San Francisco-based provider of customer relationship management (CRM) software, plans to add technology from the company, Troops.ai, to Slack once the acquisition closes, according to a Salesforce statement Tuesday. The acquisition should close before July 31 – which marks the end of the second quarter in Salesforce’s 2023 fiscal year.

Financial terms of the deal were not disclosed. CRN US has reached out to both Salesforce and Microsoft for comment.

Troops, based in New York, provides a revenue communications service to improve sales velocity, forecasting, visibility and collaboration, according to the statement.

“The Troops team has spent more than seven years designing tools that deliver real-time insights from systems of record like Salesforce to systems of engagement like Slack, bringing together the information and actions that customer-facing teams need to close new deals and support existing customers,” according to the statement.

Troops offers a tool to deliver revenue signals and actions from Salesforce to Slack and Microsoft Teams, according to the company’s listing in Salesforce marketplace AppExchange.

The tool “monitors every field that does or doesn‘t change in Salesforce clouds to send signals to Slack & Microsoft Teams to the right people at the right time with custom next best actions,” according to AppExchange.

“Troops is the most sophisticated integration layer between Salesforce Sales, Marketing, and Support Clouds & Slack or Microsoft Teams and is used by hundreds of customers around the world such as Slack, Twilio, Shopify, Stripe and Snapchat,” according to AppExchange.

According to Troops’ listing in Microsoft’s Azure Marketplace, the tool sends “signals from your CRM ecosystem such as Salesforce, Dynamics, Outreach, Gainsight, Zendesk and more to your Sales and CS teams, providing fast action through Microsoft Teams.”

Both marketplaces list the tool’s price at $19 a user a month.

Troops was founded in 2015 and has raised $19.4 million in funding to date, according to Crunchbase.

During Salesforce’s most recent quarterly earnings report in March, Salesforce said that Slack collaboration applications generated $312 million in revenue in the fourth quarter for Salesforce and $592 million during the second half of fiscal 2022 – the period Salesforce has owned Slack following Salesforce’s $27.7 billion acquisition of Slack on July 21, 2021.

Earlier this year, Salesforce and Slack’s channel chiefs told CRN in an interview that Slack is an opportunity for partner business and that Slack is investing to grow its partner program.

Grow your software revenue by selling these 5 affordable, essential tools for the modern workplace
By Wade Tyler Millward
May 11 2022
7:45AM