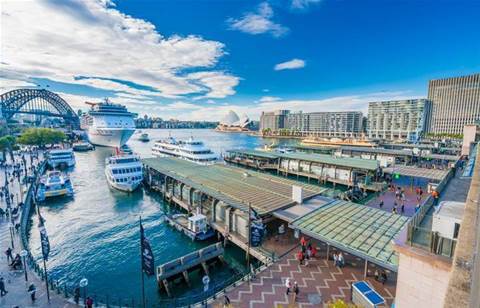 Software giant Salesforce bought the naming rights for its new office space in Sydney which it claims will be the tallest office building in the city.

The new office, dubbed Salesforce Tower Sydney, will be located at Circular Quay at 180 George St. Salesforce will be the anchor tenant, occupying 24 floors within the 53-storey building.

While the exact location wasn’t announced, The Australian speculated in February that Salesforce was eyeing up AMP Capital’s Quay Quarter Tower in Darling Harbour as its new home.

Salesforce also said it the new office will add 1000 new jobs in Sydney over the next five years. The company’s staff will relocate to Salesforce Tower Sydney in late 2022.

In addition to being the tallest building in Sydney, Salesforce claims the tower will be the second tallest building in the country, as well as one of Australia’s most sustainable, with a focus on energy efficiency, reducing water use and greenhouse gas emissions.

The building will also include “a top ‘Ohana' Floor” ­– an open hospitality space for Salesforce employees, customers and partners, which will also be available for non profits and local education groups on weeknights and weekends at no cost,” the company said in a press release.

“Salesforce has a proud history in Australia, having been here for over 15 years,” said Salesforce Australia chief executive Pip Marlow.

“Salesforce Tower Sydney is taking that commitment to a new level and will allow us to have an even greater impact on our people, our customers, and most importantly our community.”

Salesforce has announced towers in New York, Chicago, London, Tokyo, Dublin, Indianapolis and Atlanta. Salesforce cut the ribbon to its first tower in 2018, its San Francisco headquarters, which is the tallest building in that city.