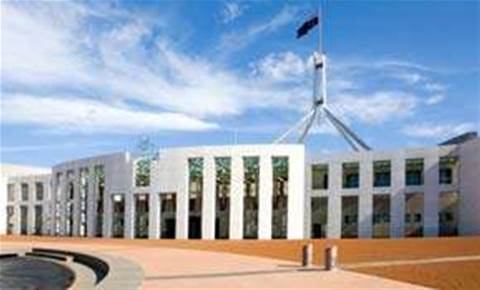 Online software company Salesforce.com plans to send a senior public policy executive to Australia in an effort to ease concerns among regulators over the risks of cloud computing adoption.

Daniel Burton, senior vice president of global public policy at Salesforce.com told iTnews he was scheduled to visit Australia to address the regulatory uncertainty faced by corporate and Government clients.

"We will be having a serious engagement with the Australian Government about cloud computing," Burton said.

The company, which leases CRM, sales force automation, collaboration and software development tools from its data centres in the United States and Singapore, was concerned about the reading of an open letter sent by Australia's financial regulator APRA to the nation's banking sector – warning organisations about the due diligence required before considering cloud computing.

"We saw [the letter] as a very positive sign - it shows that cloud computing is real in Australia," Burton told iTnews. "Banks are adopting it and the Government wants to make sure they are using it judiciously. It validated the market.

"We welcome the scrutiny APRA said it was going to give cloud computing because Salesforce.com meets the privacy laws in Australia. We have good security that has been tried and tested - with several financial services customers in Australia and even some Australian Government agencies running on Salesforce.com."

Burton said that any concerns around data sovereignty (i.e. whether data on citizens is at rest in its country of origin) ignores a "reality today that data does flow freely around the world."

Burton said that there are only "a handful" of laws in jurisdictions around the world that deal specifically with the notion of data sovereignty.

He said Australia has no laws on its books that suggest data has to stay in-country.

"Governments realise that international data flows are key to productivity, performance, competitiveness and price advantages. If you start shutting those down you are really hamstringing the economy," Burton said.

"The APRA guidelines did not say you cannot use cloud computing, or that it has to be [hosted] in Australia, but that [it was] concerned that some financial services organisations are embracing cloud computing without doing proper due diligence," he said.

"And [the letter listed] laws and regulations that have to be complied with. We comply with those [regulations] so we welcome that scrutiny."

Stay tuned to iTnews this afternoon for a wider discussion on cloud computing in finance and Government.