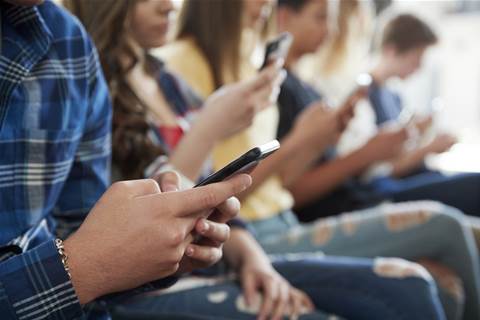 Worldwide smartphone shipments dipped 8.9 percent year over year for the first quarter, according to research from IDC.

The drop marks the third consecutive quarterly decrease, IDC noted. Shipments fell to 314.1 million units in the quarter, about 3.5 percent lower than IDC forecast in February. IDC attributed the drop to waning consumer confidence in the face of global inflation, the war in Ukraine, recent COVID-19 lockdowns in China, and rising costs of components and transportation.

“Although some decline was expected in Q1, due to the ongoing supply and logistical challenges and a difficult year-over-year comparison, things seemed to have taken a turn for the worse,” Nabila Popal, research director at IDC, said in a statement. “Given all these uncertainties, most OEMs are adopting a more conservative growth strategy.”

Gina Daniel-Lee, vice president of strategic alliances and partnerships for Peachtree Corners, Ga.-based mobility solution provider Stratix, said the slowdown has been most noticeable on the consumer side of business. “Consumer demand in the first quarter has been a bit soft,” she said in an e-mail response to CRN. “But we’re seeing stronger numbers from businesses as they look to improve workflows and productivity with mobile devices.”

Of the top five global smartphone companies, only Apple saw an increase in shipments with 2.2 percent growth year over year and 56.5 million units shipped. Apple CEO Tim Cook warned Thursday that the company could see an $8 billion shortfall because of supply chain constraints. More than half of Apple’s suppliers around Shanghai have faced lockdowns because of new COVID-19 outbreaks there.

Dan Ives, an Apple analyst with Wedbush, remained confident despite slowdown signs. “Overall, our bullish view of Apple is unchanged as we view the China issues as temporary and not a reason to panic and sell the stock on a non-demand issue,” he said in a statement. Apple stock held steady Friday morning at $166 per share, up 1.44 percent by 10 a.m.

Perhaps unsurprisingly, the central and eastern Europe region’s shipments were down close to 20 percent during the quarter, although the region only accounts for 6 percent to 7 percent of global shipments and about 5 percent of market revenue. The biggest drag on the mobile market was China and other parts of Asia, which account for nearly half of all shipments worldwide and suffered a 12.3 percent drop in the first quarter, IDC said.

“It goes without saying that the world continues to face numerous challenges, whether it be geopolitical, pandemic-related or macroeconomic,” said Ryan Reith, group vice president with IDC’s Worldwide Mobile Device Trackers, in a statement.

“Almost everything that’s happened in recent months has been a headwind on the smartphone market, and realistically many other technology segments,” Reith added. “Our research tells us Samsung and Apple have navigated the supply chain situation a bit better than their competitors, and as a result we have seen reduced orders from the next set of top OEMs. We remain of the opinion that any diminished demand will not be lost but rather pushed forward. It’s just a matter of when that demand resumes.”