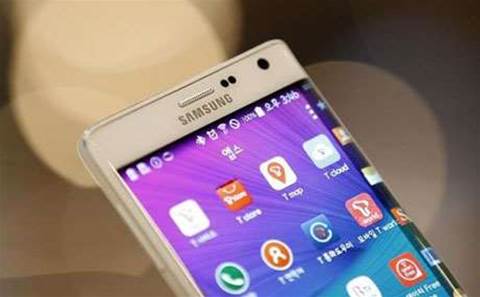 The loss in 2014 followed a strong performance in 2013 when profit after tax more than doubled to $36.5 million and revenues increased by hundreds of millions of dollars.

The loss followed the incorporation of the Samsung Electronics New Zealand branch as a standalone subsidiary in January last year. While the asset transfer contributed $65.5 million to the Australian operations, revenues fell to $2.26 billion, a decrease of $357.5 million compared to the previous year.

The result coincided with a challenging year for Samsung on the global market last year.

In 2014, Samsung battled declining sales, a slowdown in the tablet boom as well as continued legal battles with Apple and Microsoft.

Samsung’s global market share in smartphones dropped from 32.5 percent to 23.8 percent by November 2014. The company announced several falls in quarterly profits last year, with sales of its flagship Galaxy S5 reported to have been disappointing.

In response, the company announced plans to reduce the number of different phone models it would release.

The sales pendulum reportedly swung back to Apple for at least part of 2014, with Gartner claiming the Californian vendor had overtaken Samsung in smartphone sales during the fourth quarter.

Among the challenges cited by Samsung overseas last year was a lower average selling price for its products.

Global tablet shipments also dropped in the fourth quarter compared to the year before, according to IDC.

Samsung’s year of challenges also saw it continue to face legal battles, though these appear to have eased to some extent. Mid-way through last year Apple and Samsung dropped their legal fight over patents in countries outside the USA.

This year Microsoft also reportedly settled its fight with Samsung over royalties.

In Australia, Samsung’s business push has resulted in some wins, including selection as a mobility supplier on the Victorian Government’s End User Computing Panel – the first such appointment at a state level for the vendor.

A representative for Samsung Electronics Australia declined to comment to CRN.

The tech giant looks to be turning things around, though, at least at an international level.

Samsung expects its January-March profit to be its highest in three quarters, beating expectations and suggesting that the tech giant is on track for an earnings recovery ahead of the launch of new flagship smartphones.

Operating profit likely reached 5.9 trillion won (US$5.44 billion) in the first quarter, the South Korean manufacturer said on Tuesday, versus the 5.3 trillion won average estimate of 41 analysts in a Thomson Reuters I/B/E/S survey.

This was also better than 5.3 trillion won reported for October-December even though the first quarter tends to be a seasonally weaker period as the industry comes off the year-end peak. Samsung typically releases final first-quarter figures towards the end of April.

"These results are meaningful and will lead to very strong earnings expectations for the second quarter," HMC Investment analyst Greg Roh said.

Shares of Samsung were up 0.4 percent as of 0100 GMT Tuesday, following the earnings guidance, versus a 0.3 percent gain in the broader market.

Investors and analysts expect the Galaxy S6 and S6 edge models - on sale from Friday - to revive handset sales and propel profits in coming quarters. Researcher Counterpoint expects Samsung to sell more than 50 million units of the new devices to consumers this year - a new record for the company.

The mean estimate from a Thomson Reuters I/B/E/S survey of 40 analysts tips a 6.7 trillion won April-June profit, improving sequentially for the third consecutive quarter. The contribution from Samsung's chip-making division is also tipped to be just as significant as smartphone-related income.

Chips likely out-earned phones for a third straight quarter in January-March, analysts said, as Samsung dominates in memory and grew market share for system chips. Samsung opted to use more of its own chips for its Galaxy S6 models and added chip maker Nvidia as a new contract manufacturing client.

The smartphone business likely also saw sequential shipments growth in the first quarter as new mid-tier handsets such as the Galaxy A and E models went on sale in major markets, analysts said.

For all of 2015, profit is likely to rise 6 percent to 26.5 trillion won, according to a Thomson Reuters I/B/E/S survey of 51 analysts. Improving sales particularly in system chips and favourable pre-sale reviews for the S6 have helped reverse the estimate from a profit decline forecast earlier this year.

Eliminating departmental friction within MSPs
By William Maher
Apr 9 2015
5:59AM