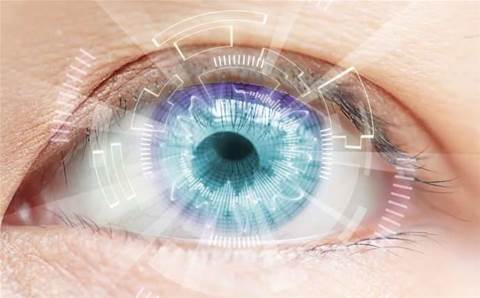 As the first wave of Oculus Rift and HTC Vive headsets reach customers, the world is currently bristling with the possibilities of virtual and augmented reality (AR). Now Samsung has offered a glimpse into the future of AR, via a patent application for smart contact lenses.

The patent, first spotted by Samsung blog SamMobile, was filed in South Korea in 2014 and shows a contact lens equipped with a miniature camera, built-in display, antennae and sensors that detect movement and blinking.

The translated patent description claims that the smart contact lens will be used for augmented reality, with images projected by the display directly into the wearer's eyes. It seems that a smartphone will provide the necessary processing power.

The existence of the patent doesn't necessarily mean that Samsung is currently working on the hardware, although it wouldn't be the only company to show an interest in smart contact lens technology. Google also owns a couple of patents for similar technology, although the focus of these devices is less on AR and more on healthcare – particularly on biometric sensors that read blood sugar levels in the tears of its users.

The patent at least suggests Samsung is toying with the idea of smart contact lens technology, although much will rest on the success of upcoming virtual and augmented reality devices. If there is a clear and persistent market for this technology, then a Terminator-vision future might not be totally off the table.

Of course, you'll need advanced facial tracking for that – which Oculus is experimenting with, and which will be coming to our shops to sell us things.