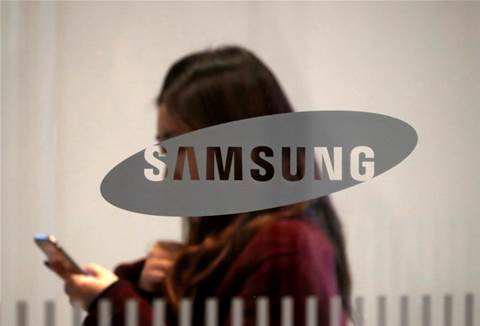 SEOUL (Reuters) - Samsung Electronics Co Ltd likely saw a 45 percent jump in profit for January-March on robust sales of smartphones, TVs and home appliances, though chip division earnings are seen tumbling after a storm suspended production at its U.S. plant.

Spending more time at home due to the coronavirus pandemic, consumers have splashed out on an array of high-margin consumer electronics which in turn has helped cause a global shortage of semiconductors.

Operating profit for the South Korean tech giant in the quarter is expected to have climbed to 9.3 trillion won ($10.8 billion), according to a Refinitiv SmartEstimate drawn from 16 analysts. SmartEstimates assign more weight to forecasts from consistently accurate analysts.

Samsung is scheduled to announce preliminary first-quarter results on Wednesday.

In particular, its mobile division looks like it had a stand-out quarter, benefiting from the launch of its Galaxy S21 series in mid-January - more than a month ahead of the flagship model's usual annual release schedule.

The world's largest smartphone maker is estimated to have cornered roughly 23 percent of global market in the quarter, thanks to that launch and cheaper-than-usual pricing for its premium devices, according to Counterpoint Research. The S21, for example, was priced US$200 lower than the S20.

High-margin accessories such as Galaxy Buds did brisk business as well, analysts said. They estimate operating profit for the division likely soared by more than 1 trillion won from a year earlier to about 4.15 trillion won.

Samsung's TV and home appliance business is expected to see operating profit more than double to around 1 trillion won.

Despite stratospheric demand worldwide for chips, profits for Samsung's semiconductor division are expected to have fallen by roughly a fifth to 3.6 trillion won.

The division has been hampered by the cost of ramping up new production and losses at its Texas factory after a winter storm halted output in mid-February. Samsung said production at the plant had returned to near-normal levels as of late March.

Analysts have estimated the losses related to the Texas factory shutdown at around 300-400 billion won.