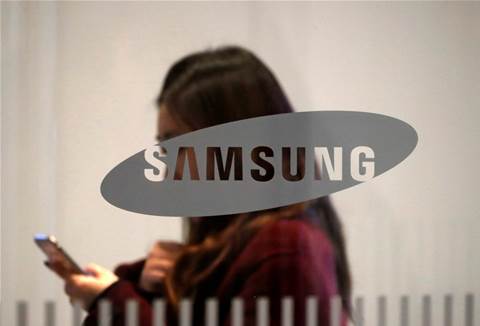 Samsung Electronics warned of weaker earnings in 2019 as it posted a 29 percent drop in fourth-quarter operating profit on Thursday, hit by a slowdown in demand for memory chips.

The global market leader in computer chips and smartphones said it expected "overall annual earnings to decline" this year, although sales of memory products would begin to revive in the second half.

But some investors are hoping for a recovery for Samsung in the second half, fuelled by chip sales to data centres, the rollout of 5G wireless technology and the launch of new gadgets including its long-promised, high-end foldable smartphone.

"If Samsung’s foldable smartphone becomes a hit, it will be a good factor for Samsung’s shares," Park Jung-hoon, a fund manager at HDC Asset Management which holds Samsung Electronics stock, told Reuters.

Samsung said operating profit was 10.8 trillion won (A$13.35 billion) in the fourth quarter, in line with its estimates earlier this month. Revenue fell 10 percent to 59.3 trillion won.

Samsung stock fell 0.2 percent after the result on Thursday, in a flat broader market. The shares lost 24 percent last year amid investor fears over the impact of the US-China trade conflict.

The South Korean firm's chips power the handsets of most major smartphone makers, including Apple and China's market leader, Huawei Technologies. Its memory and processor chips account for about 72 percent of overall profit.

Samsung said memory demand was expected to remain weak in the first quarter before improving gradually from the second, helped by sales to cloud-computing companies.

Data centres have been one of the brightest spots for the memory chip market due to the growing need for cloud computing services for the e-commerce and data analytics industries.

Such demand faltered late last year, partly because some Chinese buyers seem to have bought chips earlier than usual amid fears about US-China trade tensions, according to Intel.

Fourth-quarter operating profit for Samsung's chip division fell 29 percent to 7.8 trillion won, the company said. Its mobile division logged a 1.5 trillion won profit, down 38 percent from a year ago.

While overall smartphone sales would remain flat this year, average prices would rise as more devices were built with expensive features like multi-cameras, Samsung said.

Samsung is offering foldable phones and 5G-capable devices this year. Its new flagship Galaxy series will be unveiled next month, but no date has been set for the launch of the foldable device.

The South Korean giant has been struggling to defend its top rank in the global smartphone market against competition from Chinese rivals like Huawei, which last week said it could overtake Samsung this year.