Samsung Galaxy S8 turns into an Android desktop with Citrix 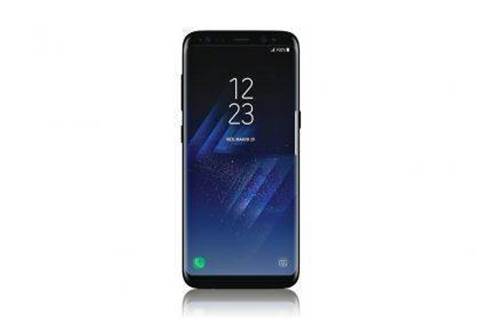 Samsung's new flagship device, the Galaxy S8, is more than just a smartphone - it can also be transformed into a desktop computer, thanks to a collaboration with Citrix.

The solution uses Samsung DeX, a dock released alongside the S8 that can turn the flagship smartphone into a computer, combined with Citrix Receiver – an existing piece of software that lets users access a full desktop experience and/or apps through XenDesktop and XenApp. When used with DeX, it means users can multitask with a mouse and keyboard, utilising an optimised UI designed specifically for use in desktop mode.

It also supports resizable windows, taskbar notifications and much more, transforming the device into a fully-fledged desktop when it needs to be one.

“The Samsung DeX lets people use their Galaxy S8 like a desktop computer, using solutions, including Citrix Receiver, XenApp and XenDesktop, as our preferred technologies to enable customers to securely access and use their Windows and browser-based applications, just as they would with a traditional laptop,” said Injong Rhee, CTO of the mobile communications business at Samsung Electronics. “This is not science fiction, this is true, business-driven innovation.”

Citrix explained this could mean fieldworkers are able to collect data while visiting customers, and then when they return to the office, they can just hook up their device to Samsung DeX and Citrix Receiver to collate the report using a desktop-like interface.

“While many people use their smartphones for business, they usually turn to a laptop or desktop when they need to use Windows or browser-based apps,” said Maribel Lopez, founder and principal analyst at Lopez Research.

“Even though VDI or app virtualisation lets them run Windows applications on their smartphone, the Windows experience does not always translate well to a small touchscreen. To address this issue, vendors have worked to develop solutions that make it easier to connect smartphones to a keyboard, mouse and a monitor. The solution that succeeds has significant market potential.”