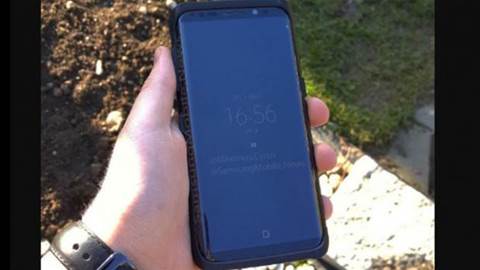 Samsung's Galaxy S8 and Apple's iPhone 7: they're both top-of-the-range smartphones, but which has the edge? The S8 hasn't been released just yet, but as with any flagship phone there have been rumours galore, with significant thanks due to reliable leaker Evan Blass. None of the specs and features are official, but they give us a reasonably good idea of what to expect come the hallowed launch date at the end of the month – enough to make some calls on whether it's worth waiting for a Galaxy S8, or going iPhone now.

First up, the essentials. Dimensions-wise, the iPhone 7 stands at 138 x 67 x 7.1mm, and weighs 138g, whereas the Samsung Galaxy S8's dimensions are predicted to be 140.1 x 72.2 x 7.3mm, although there isn't much reliable foresight available in terms of its weight. Hmm. So not masses to go on there then.

If we know one thing, however, it's that displays split opinions (unlike the LG G6 display, which just splits itself). For some, size matters – they want them big and brilliant, as will most likely be the case with the Samsung Galaxy S8, rumoured to feature a 5.8in screen, with its S8 Plus counterpart sporting a 6.2in screen. Both displays which will feature Quad HD+ curved Super AMOLED, and most likely a pixel density of above 500 pixels per inch (ppi), given that the S7 Edge featured an astonishing 534ppi.
Other smartphone users, however, prefer to wield a secure grasp of the phone at hand, particularly when it's costing upwards of $900. Step forward, the trusty old iPhone 7, which features a 4.7in, 1334x750 display (with the iPhone 7 Plus coming in at a still modest 5.5in) with a pixel density of 326ppi. Meaning yes, you can ensconce it in the safe grasp of your clammy mitts, but it's worth bearing in mind that the iPhone 7's conservative size makes it over an inch shorter than that of the rumoured S8. One to mull over, definitely.

Camera-wise, Samsung's Galaxy S8 isn't looking to quash the camera specs of the iPhone 7. In fact, like the iPhone 7, rumours suggest that the rear-facing cameras on the Galaxy S8 will still be 12-megapixel. It has been reported that the S8 will not boast the optical zoom capabilities of the iPhone 7 Plus dual-camera setup. A shame, but there could be surprises yet. 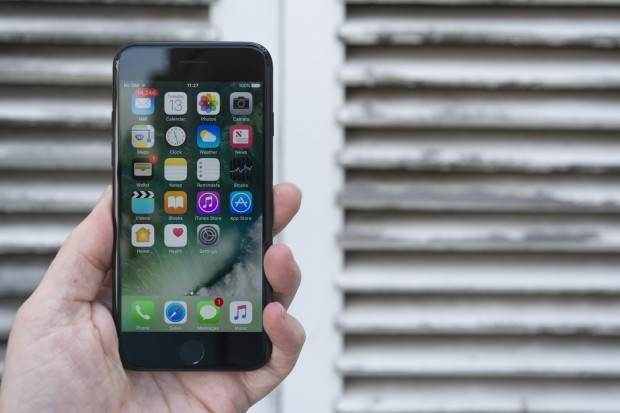 In terms of processors, it's rumoured that the Samsung Galaxy S8 will be powered by Qualcomm's new Snapdragon 835, a processor that facilitates fast data-loading without rampant battery drainage. In fact, Qualcomm has promised a 25% decrease in the battery usage required to run the processor. The iPhone 7, on the other hand, runs on an A10 chip so capable that Forbes reported: “Apple has become one of the world's premier processor design houses”. Giving Qualcomm a run for its money, then…"

Memory and storage are key when it comes to high-end smartphones; having shelled out a not-too-negligible amount of money for an iPhone 5C and the myriad storage issues it presented, I have amassed a world of experience in this arena. Rumours suggest that the Samsung Galaxy S8 (and the S8 Plus) will both include 4GB of RAM and 64GB storage, with microSD expansion capabilities. The iPhone 7 (and 7 Plus) do indeed offer less RAM (2GB and 3GB respectively), but the internal storage options serve to elevate it in our estimations, with handsets boasting 32GB, 128GB and 256GB options.

Design aesthetic is an incredibly subjective part of a smartphone's makeup, making it difficult to assess. Some will adore Samsung's curved edges, and the absence of a tangible home button may prove beguiling. Others will lust after the minimalism of Apple's clean lines and the comfort of a home button in plain sight. For me, the iPhone 7 is intuitive; sharp where it should be sharp, and tactile where it should be tactile.

As has often been the case with iPhones (alas), the iPhone 7 sports sizeable bezels. On the other hand, the S8's bezels are of the “barely there” persuasion if leaked photos are anything to go by, confined to a minimum at the top and bottom of the display.

I think this is what you've been waiting for. pic.twitter.com/FvYfsLOy0R

In terms of quality, Samsung's Galaxy S8 is ahead by a country mile. The curved edge display is aesthetically pleasing (read: downright gorgeous) and the Quad HD resolution is excellent. That being said, there's definitely a market out there for phones that can be held in one hand and slipped – not wedged – into pockets. In fact, it was this demand that contributed to brainchild that was Apple's iPhone SE – it was comfortable and easy to use, and for people who use smartphones to streamline their lives, as opposed to spec-obsessed smartphone aficionados, you can see the appeal.

Fingerprint sensors have become the order of the day in the smartphone world, and any handset worth its bacon sports the futuristic security feature. The iPhone 7's fingerprint sensor is placed proudly on its front, integrating with the home button for a streamlined process of access.

Given the slimming down of bezels on the Galaxy S8, there have been rumours circulating that the S8 will do away with a home button entirely, meaning that the fingerprint sensor will move to the back of the phone.

While the consensus is fairly unanimous on fingerprint sensors – they're secure, they're handy and they inject a bit of James Bond into everyday life – the jury is still very much out on the 3.5mm headphone jack. The iPhone 7 famously did away with it, sporting just a Lightning port. This – and you'd be forgiven for not knowing it, given the furore of the masses – can support a 3.5mm headphone jack adapter. Meanwhile, the S8 has been rumoured to feature a classic 3.5mm jack and a USB Type-C port. 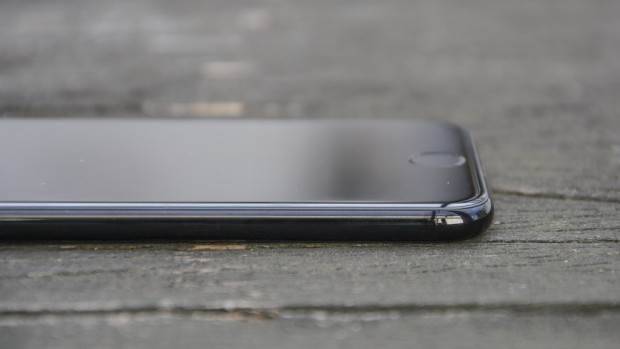 Taking the edge away from the iPhone 7 is the rumour that the S8 might be able to connect over a dock to an external display, which would be akin to using an Android desktop. Just how Windows 10 phones can turn into desktop PCs using Microsoft Continuum.

The Samsung Galaxy S8 looks set to be a thing of beauty. Regal size, brilliant resolution, resplendent with its minimal bezels and a 3.5mm headphone jack to boot, it looks like the S8 might just take the crown for smartphone king in 2017.