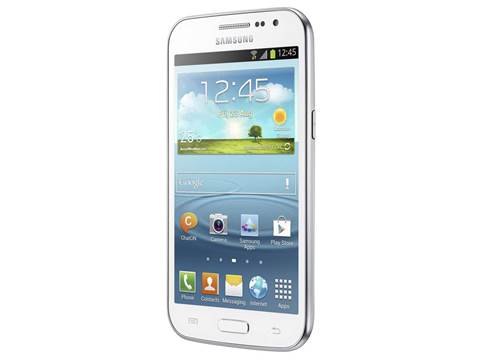 The Galaxy Win, which also comes with 8GB of storage, a microSD slot and 2,000mAh battery, is very much a mid-range device on paper, although we don’t yet know how much it’ll cost. It will be available in single and dual SIM versions, and in white and grey colour finishes.

A release date is yet to be confirmed, but we’ll update you when Samsung reveals the details.