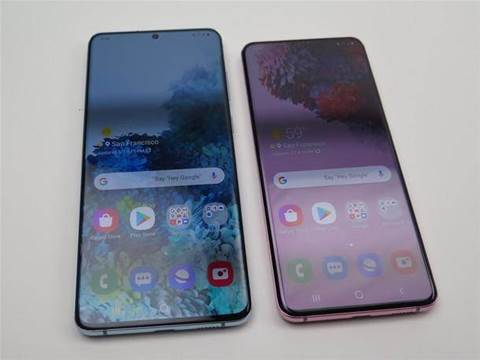 Samsung wants to signal that big things are coming with this year's Galaxy S lineup. As one indicator, the company is switching up the long-running naming convention, skipping all the way to the Galaxy S20 for the new devices. The Galaxy S20 series will feature three devices, which are packed with major upgrades compared to last year's S10 series. The S20 lineup will offer new display sizes and enhanced display technology; an upgraded camera system and new camera features; and updates around performance and battery life. Additionally, all three devices will support 5G connectivity as a default feature, while the devices will include a number of business-friendly features, as well.

What follows are 10 key things to know about the Samsung Galaxy S20 5G lineup, including specs and features. CRN Australia will add local pricing once available. 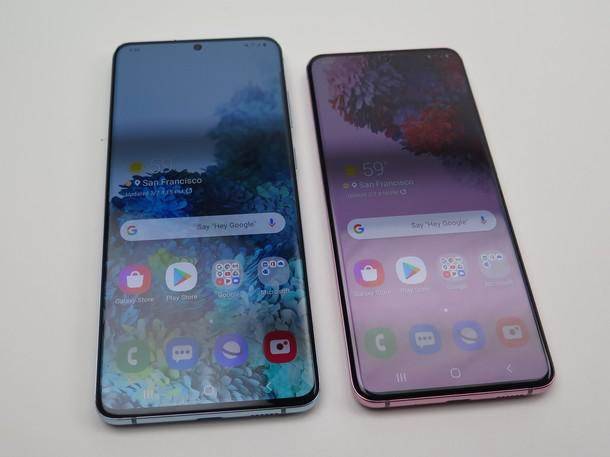 For the Galaxy S20 series, Samsung is once again increasing the display sizes. The base model Galaxy S20 will feature a 6.2-inch display, compared to the 6.1-inch screen on the predecessor Galaxy S10 model, while the Galaxy S20+ will get an even bigger display expansion to 6.7 inches from 6.4 inches on last year's model, the Galaxy S10+. For a "pro-grade" experience, Samsung is also introducing a top-end S20 model that has even more to offer on the display and camera, with the Galaxy S20 Ultra. The device will come with a 6.9-inch display and three rear cameras—with a key difference being that the wide-angle camera will provide a staggering 108 megapixels, for capturing the most intricate details. The telephoto lens on the Galaxy S20 Ultra will offer 48 megapixels and the ultra-wide rear camera will offer 12 megapixels, meanwhile. All three Galaxy S20 devices offer will displays with vibrant AMOLED technology and Quad HD+ resolution, which works out to 563 pixels per inch (ppi) on the S20, 525 ppi on the S20+ and 511 ppi on the S20 Ultra. Perhaps the biggest upgrade for the display on the Galaxy S20 series models is the addition of 120hz refresh rate for smoother display motion. The feature will be most noticeable when using the phone for gaming, but should provide a smoother experience all-around, such as when scrolling on the device. You'll still have the option to switch to a 60hz refresh rate if you prefer.

As with previous models, the Galaxy S20 lineup includes minimal bezels as part of the edge-to-edge display design. The new models also move the front-facing camera to the center of the display, like on the Galaxy Note 10, and Samsung said the camera cutout is smaller this time, as well. With carrier deployment of high-speed 5G networks expected to become more widespread in 2020, Samsung announced it's going all-in by bringing 5G support to the entire line of new Galaxy S devices for the first time. The Galaxy S20 will offer sub-6GHz 5G connectivity, while the S20+ and S20 Ultra will offer both sub-6 and higher-speed, millimeter-wave 5G. Previously, Samsung's 5G phones had either supported sub-6 or mmwave, depending on the carrier—but not both 5G methods, the company said. Additionally, since Samsung is debuting unlocked versions of the new Galaxy S20 devices, these will be the first unlocked 5G phones for the U.S. market, according to the company.

The 5G connectivity in the Galaxy S20 models is enabled by Qualcomm's Snapdragon 865 mobile platform, which includes a 5G chipset, the Snapdragon X55 Modem-RF System. While the Galaxy S series is not quite as workplace-oriented as Samsung's Galaxy Note series, the company has still continued to include business-friendly features in each new Galaxy S release. For the Galaxy S20 series, one of the biggest new features for business is the inclusion of a Network Storage option—whereby corporate users can access their own servers when saving files to avoid the use of third-party cloud services. In the My Files app on the Galaxy S20 devices, users can save either files onto an FTP server (and send colleagues a link for collaboration purposes) or save files onto a network drive.

Other S20 features that business users should appreciate include Dual Sim capabilities, so users can have two phone numbers on the same device—one for work and one for personal use. The Galaxy S20 also provides access to Samsung's DeX Android desktop, as on previous Galaxy devices, while 5G is another key business feature since it eliminates the need for using insecure public WiFi. Along with getting a boost in megapixels, the Galaxy S20 camera systems also offer some new features that photo enthusiasts should like. Improved zoom capabilities are one major addition, with the Galaxy S20 and S20+ offering up to 30X zoom and the S20 Ultra providing up to 100X zoom. The S20 models all feature enhanced night mode capabilities for low-light situations, as well, with the devices automatically increasing sensitivity where needed in a shot to reduce blur.

Meanwhile, Samsung is addressing the issue of feature overload with phone cameras—with a new option called "Single Take" that removes the need to decide which mode to use in the spur of the moment. With some help from AI, the Single Take option (pictured) automatically captures photos and videos using several modes at once—including live focus, ultra-wide and smart crop. Users can then decide which images and videos they want from a gallery of options. The internal components are getting an upgrade on the Galaxy S20 series, with Samsung including notably larger batteries in all three of the new devices. The base model Galaxy S20 will offer a 4,000 mAh battery, compared to the 3,400 mAh battery on the predecessor Galaxy S10, while the Galaxy S20+ moves up to 4,500 mAh from 4,100 mAh on the S10+. Not surprisingly, the Galaxy S20 Ultra has the largest battery of all at 5,000 mAh. Samsung did not offer specific battery life estimates for the new S20 devices.

As mentioned, the Galaxy S20 devices will all include Qualcomm's Snapdragon 865 mobile platform—which, along with enabling 5G, will offer strong performance via an eight-core CPU with a clock speed of up to 2.84 GHz. On storage, all three models will come with 128 GB at the base level, with the S20+ and S20 Ultra offering an option for 512 GB of internal storage. All of the models will also come with a microSD slot enabling up to 1 TB of additional storage. Depending on who you are, the audio options on the Galaxy S20 series may come as a downgrade: all three of the models remove the 3.5mm headphone jack, which last year's Galaxy S models had still retained. The devices do come with more Bluetooth options, however—with a new feature dubbed "Music Share" for use in the car. The feature lets users share their S20's Bluetooth connection with others in the vehicle, making it easier for companions to play music from their own phone on the car speakers.

For the speaker system on the Galaxy S20 devices, Samsung is including stereo speakers with Dolby Atmos surround sound technology and tuning by acoustics specialist AKG.

Samsung says it will be opening pre-orders for the Galaxy S20, S20+ and S20 Ultra on Feb. 21. The devices are expected to start shipping on March 6.