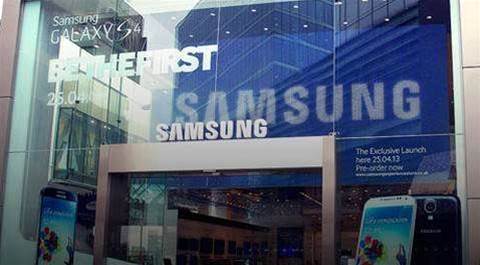 Samsung is seeking to continue its expansion with solution providers in 2020 with the debut of an updated partner program, which includes investments in new growth incentives and a refreshed partner portal, the company's mobile channel chief told CRN.

"We are doubling down on our B2B commitment," Coleman said. "B2B's growth is significant [for Samsung]. We're investing in that B2B marketplace. That's where a lot of the project-based volume is coming from. More and more partners are realizing that Samsung has outstanding solutions to solve real business problems, as it relates to mobility."

The partner portal, meanwhile, has been redesigned to provide greater ease-of-use to partners. It also now offers better support, incentive management and lead-sharing--as well as automated sales tools, according to Samsung.

"In exchange for achieving specific growth targets--for those partners that qualify and invest in our program--we put the growth incentive rebate in place with multiple different tiers. Those payouts are commensurate with your growth and your tier," Coleman said.

Overall, rebates in the Ascend partner program are "richer than they have been, and more plentiful in terms of the benefits," Coleman said.

The Ascend partner program and portal also improve the process of submitting special pricing requests using automation, according to Samsung.

Previously, special pricing requests had to be made by email and could take up to several days to get a response. Now, requests go through the Ascend portal and a response is provided on the same day, Samsung said.

"It's a one-stop shop--we automate the special pricing, it's got the project registration, SPIFs. We have a more-formalized partner training portal and dashboard for the growth incentives," Coleman said. "So that's where you would see that your target is X for the quarter to date, you're at Y, and this is the gap. Here's what you need to do. And then all of the marketing resources and collateral."

Marco Nielsen, vice president of managed mobility services at Stratix, a Norcross, Ga.-based MSP and partner of Samsung, said his firm sees a lot of opportunity with Samsung ahead.

"We are eager to utilize the updated portal with our staff to streamline and expand our sales with Samsung," Nielsen said.

Samsung's business through the channel "enjoyed very significant growth" in 2019 compared to the prior year, Coleman said. And for 2020, "we continue to see that level of trajectory" for the company’s growth in the U.S. market.

Samsung reports there are now 100 million of its B2B-specific devices in use in the U.S., and the company says that the U.S. accounts for 40 percent of its B2B business worldwide.

"We really have a commanding share of the B2B marketplace as it relates to Samsung globally. And a lot of what we're doing here is being replicated elsewhere around the globe" within the company, Coleman said.