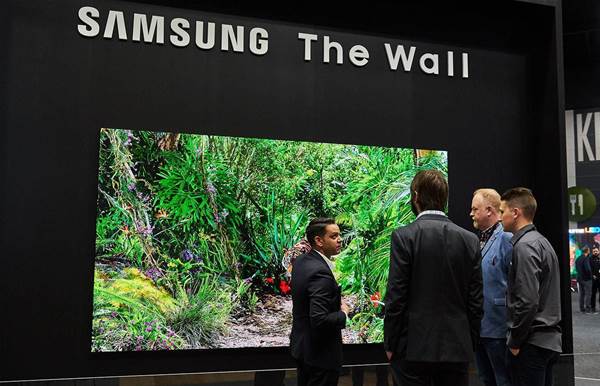 Announcing its local launch and availability for the first time in Australia on Tuesday, Samsung showed off ‘The Wall Luxury’, an ultra-sharp large display comprised of micro LED panels that can be assembled to custom sizes and aspect ratios.

Specs-wise, The Wall can be customised to a variety of sizes from 73” (2K) to 292” (8K). Its pixels are pitched at 0.8mm apart and boast a video rate of between 50/60 hertz. It has a bezel-less design that claims to deliver perfect blacks and accurate contrast due to its black base and low-reflection technology. When mounted the individual panels come together to form an experience that Samsung says is similar to what a user gets with a premium QLED TV.

The Wall was shown off alongside a range of other Samsung business display and signage products, including outdoor advertising panels, indoor retail and fast-food style displays, an impressive 98” QLED 8K signage display and a full range of 4K panels.

While ‘The Wall’ is impressive tech, ideally positioned towards luxury residences and high-end enterprise purposes, for most of the channel right now it's a conversation starter for where Samsung’s display business is going in Australia.

Samsung’s AV business saw some 20 percent growth in the latest financial year, according to Phil Gaut, director of display and memory solutions at Samsung Australia, and the business expects to continue to make great strides locally with partners, both IT and AV, into the hospitality, meeting room, education, and retail space.

Most of Samsung’s retail and hospitality displays showcased (used for displaying cafe menus, in-store promotions or street-window facing advertising) are self-contained media units that are driven by media hosted in the cloud, and any IT providers who’ve deployed a meeting room solution will understand that displays in that respect are now another network endpoint to be managed. 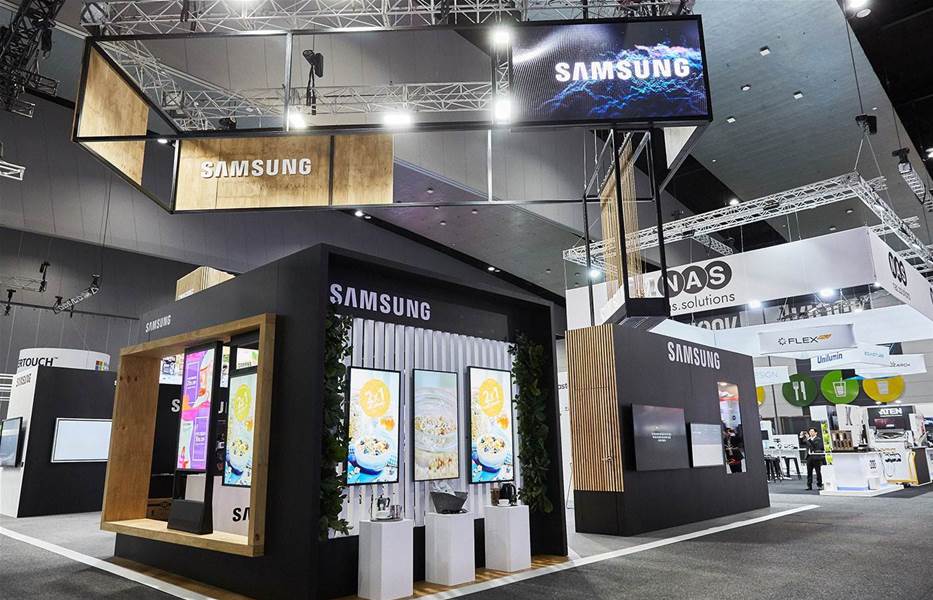 “We’re seeing a convergence happening within the AV and IT solutions industries. As more displays, and the content on those displays, are increasingly supported by networks and the cloud, there’s a huge opportunity for these industries to collaborate on solutions that make a real business impact,” Gaut told CRN.

The vendor said it was “thinking beyond” the conventional notion of signage, and was putting forward its range of display solutions to get the channel interested.

Samsung also showed off solutions including the OMN-D series of displays, double-sided panels that tell different stories (and at different brightnesses) to audiences both indoors and outdoors.

Also on show was Samsung’s QMR series of 4K displays; five models that range from 43 inches to 75 inches that carry KNOX security capability and offer wireless connectivity. Those panels boast 500-nit brightness and a non-glare panel.