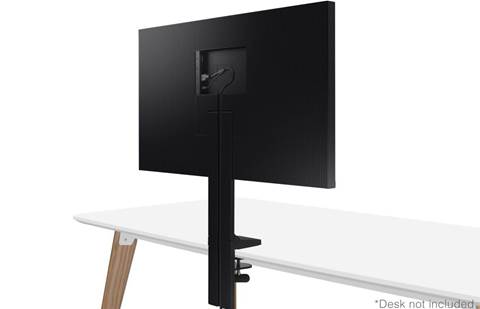 The Space monitor from behind, which is really the important part.

Samsung has brought its new ‘Space’ monitors to Australia.

The main feature of the new screens is the arm that clamps them to the rear of a desk. This arrangement means the screens occupy very little desk space. To ensure they remain easy to view, the arm pivots so the monitor can come closer to users.

The back of the arm hides channels in which cables hide, giving the devices a cable-free look. 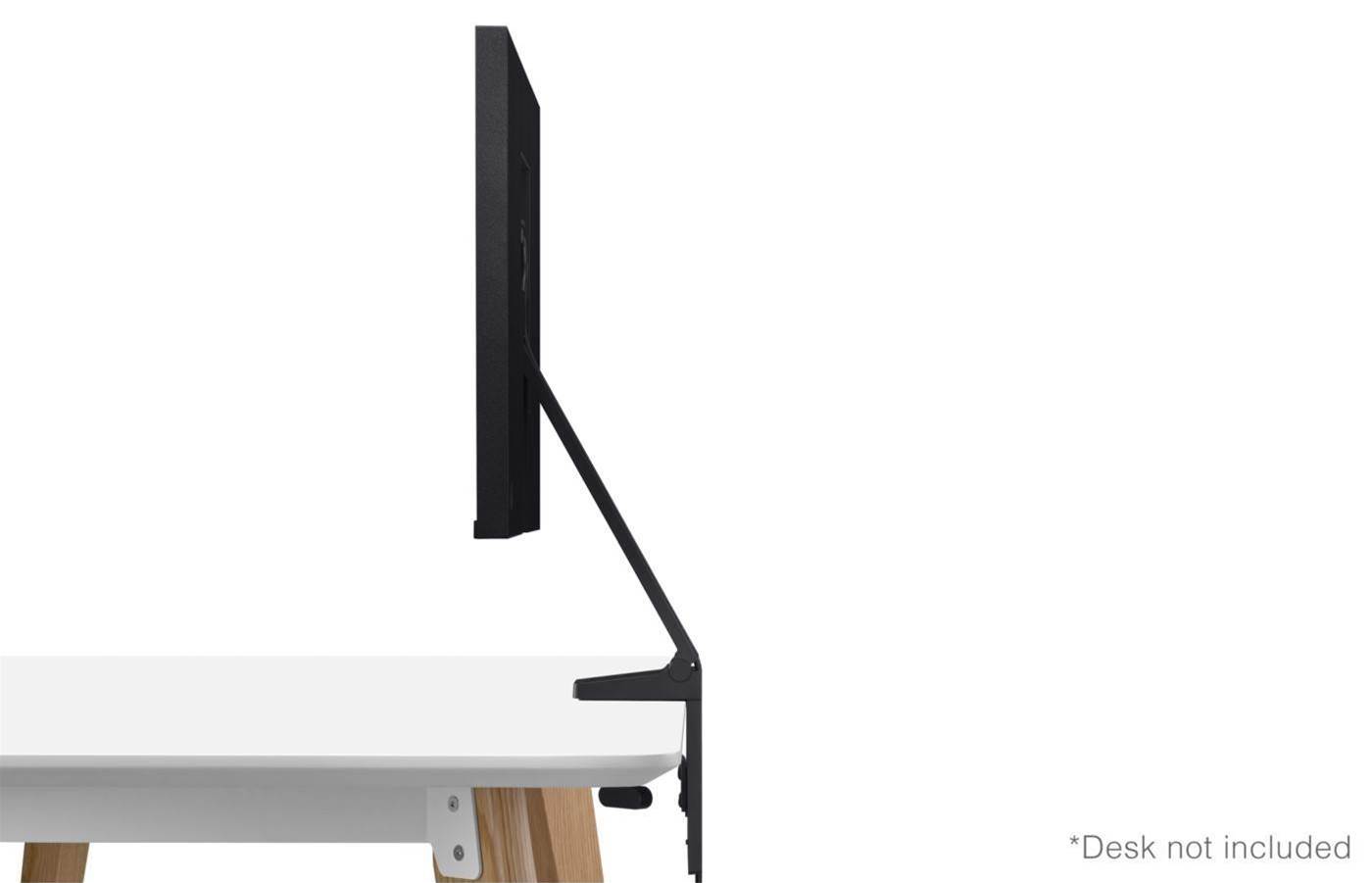 Plenty of pretty monitors can be had for lower prices, but Samsung thinks its channel can find niches for these devices.

The company primed its resellers for such sales last year by sending over 300 of its new curved monitors and offering training on how to sell in design-led scenarios like new office builds or on retail premises. Samsung sales execs told CRN the company expects those lessons will have sunk in and will see the channel find roles for the new machines.

Sales to educational institutions are also on the cards: Samsung feels the ability to pull the monitor forward makes it ideal for classroom scenarios where a group of students need to gather around a screen. The company also feels that scenarios in which a publicly-accessible PC is present make sense for the Space, as it can be tucked away after use.

The Korean company also feels the device could spark joy among Marie Kondo devotees who like the idea of a tidier desk.

The usual suspects in retail – Harvey Norman, JB HiFi and The Good Guys – will carry the screens. Samsung’s disties are Ingram, Synnex and Dicker Data, who were shown the devices last week and will soon throw their muscle behind the screens.