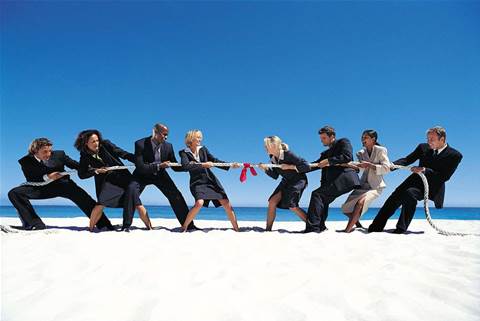 Samsung Electronics said this week it had filed a complaint against Ericsson with the US International Trade Commission (ITC), requesting a US import ban and sales ban on some of the Swedish telecoms equipment maker's products.

The action taken last Friday by the world's top smartphone maker, which accused Ericsson of breaching seven of its patents, came after Ericsson requested an ITC US import ban on Samsung products and sued the South Korean firm for patent infringement.

"We have sought to negotiate with Ericsson in good faith. However, Ericsson has proven unwilling to continue such negotiations by making unreasonable claims, which it is now trying to enforce in court," Samsung said in a statement.

"The accused Ericsson products include telecommunications networking equipment, such as base stations," Samsung said.

With Ericsson suffering a big drop in sales at its network unit, down 17 percent in the third quarter, it is turning to the courts to maintain its patent income, part of a wider trend where big technology names are fiercely protecting intellectual property as global sales of tablets and smartphones boom.

Ericsson is facing a growing challenge from Samsung, which is a smaller player in the network equipment market.

"I'm sure that at this point, no one in the industry would underestimate Samsung's ability to become a significant player, if not the leader, in a new segment of the overall market for telecommunications hardware," Florian Mueller, a patent expert, said in a blog posting on Monday.

"This certainly adds a more strategic dimension to the Ericsson-Samsung dispute."

Samsung and its arch smartphone rival Apple have been also locked in patent disputes in at least 10 countries as they vie to dominate the mobile market and win over customers with their latest gadgets.

The European Commission on Friday charged Samsung with abusing its dominant position in seeking to bar rival Apple from using a patent deemed essential to mobile phone use.