Samsung to lift lid on foldable phone this week 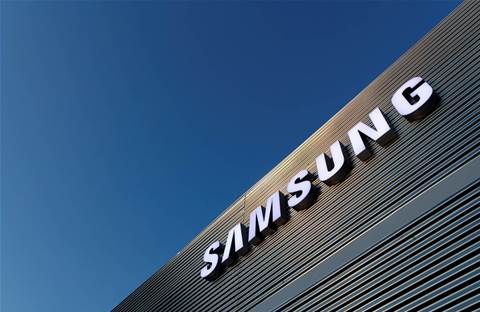 Keen to make its foldable smartphone the next big thing, Samsung Electronics will depart from its usual policy of keeping product plans highly secret and provide some details of the phone's key features for app developers this week.

The goal is garnering critical feedback as new technologies will require developers to tweak apps to make sure they run smoothly when the phone folds out into tablet form.

Samsung needs to get the foldable phone right - hoping it will reverse steep declines in profit for its mobile division and restore some of the premium cachet its brand has lost to Apple.

The move also underscores a new level of caution in product planning after a costly recall for its fire-prone Galaxy Note 7 in 2016.

"Unlike our flagship products, the foldable phone is a completely new concept in terms of design and user experience, which requires a different approach," said a Samsung official who declined to be identified as details of the phone were not yet public.

"Before we take it to the market, we want to share with developers what we've done so far and see what they think of it," the official said.

Foldable phones hold the promise of allowing consumers to do more complex work that would normally be done on a tablet or laptop, but with a device that becomes far more compact.

The South Korean tech giant is among a handful of firms which have flagged that foldable phones will be coming to market soon. Although it has so far been mum on exactly when, analysts expect a launch date in the first half of 2019 - any later and Samsung would run the risk of new Apple phones stealing its thunder.

China's Huawei Technologies has also said it is planning to launch a 5G smartphone with a foldable screen in mid-2019.

Both, however, have been pipped to the post by Royole, a Chinese display making start-up, which last week unveiled a foldable phone with a 7.8-inch screen, priced from around US$1300. It said it will start filling orders from late December, although little is known about the firm's projected sales.

Lee Kyeong-tae, Samsung vice president for mobile communication, said last week the phone's user interface will be unveiled at an annual conference for app developers which will take place in San Francisco on Wednesday.

Another Samsung official with knowledge of the matter told Reuters it will be the first time that detailed images of the new phone will be presented in public.

Expectations that the phone itself will be on display are, however, low.

High price tags are expected to prevent foldable phones from immediately becoming big hits, and some analysts even doubt there is huge appetite for such a product.

But if Samsung can create some buzz around the new phones, it would be a welcome salve for its mobile division, which just last week reported quarterly profit tumbling by a third, squeezed by competition with Apple and as Chinese rivals spruce up their mid-range products with features similar to Samsung's.

Research firm Strategy Analytics forecast in May global sales of just 1.2 million foldable phones next year though should soar to about 64.9 million phones in 2023. That would, however, account for just 3.5 percent of projected global smartphone sales.

"First, Samsung needs to show foldable smartphones are commercially viable. If they become established well enough to take a place in flagship product line-ups like the S-series and Note-series, then foldables might just help turn around the company's underperforming mobile business," said Greg Roh, an analyst at HMC Investment & Securities.

Telecommunications Services
By Heekyong Yang and Ju-min Park
Nov 7 2018
11:13AM