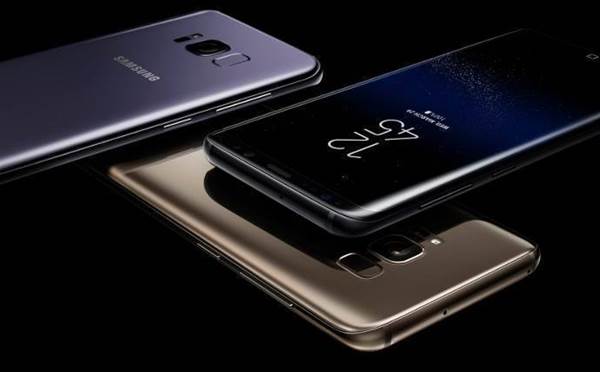 Boasting some of the largest wrap-around screens ever made, the long-awaited S8 is the South Korean technology company's first new premium phone since its September recall of all Galaxy Note 7 smartphones equipped with fire-prone batteries. Samsung halted their sales in 10 markets, and the phones were banned from aircraft in the United States, denting a revival of the firm's mobile business.

Two versions of the Galaxy S8, code-named Dream internally, were launched at a media event in New York on Wednesday, with 15.75 cm and 14.73 cm curved screens - the largest to date for Samsung's premium smartphones. The devices will be available in Australia on 28 April through Telstra.

"We must be bold enough to step into the unknown and humble enough to learn from our mistakes," D.J. Koh, the company's mobile chief, said at the event after acknowledging that it had been a challenging year for Samsung.

Telstra will offer the new devices on pre-paid plans starting $80 on a 24 month plan.

The S8 features Samsung's new artificial intelligence service, Bixby, with functions including a voice-commanded assistant system similar to Apple's Siri. There is also a new facial recognition application that lets users unlock their phones by looking at them.

Telstra director of devices Andrew Volard said: “Customers in 4GX coverage areas can look forward to download speeds up to 50 per cent faster than those available on the next fastest smartphone for a more reliable streaming experience and faster web browsing.

Telstra wi-fi calling will automatically transfer mobile calls on the new Galaxy phones between Telstra’s 4G network and wi-fi, even while the call is in progress, and allow owners to make and receive mobile calls in Australia wherever there’s an accessible wi-fi connection.

The Samsung Galaxy S8 and S8+ will be available from Telstra in Midnight Black, Orchid Gray and Maple Gold. Customers who take up a Galaxy S8 or Galaxy S8+ on a $95 or above Go Mobile Swap lease plan will enjoy a no cost upgrade after 12 months as long as the phone is returned in good working order and they take up a new 24 month eligible handset and mobile service plan.

Customers who pre-order early can receive their phone from 21 April.

Samsung is hoping the design update and the new features, focussed on making life easier for consumers, will be enough to revive sales in a year Apple is expected to introduce major changes to its iPhones, including the very curved screens that have become staples of the Galaxy brand.

The S8 is also crucial for Samsung's image as a maker of reliable mobile devices. The self-combusting Galaxy Note 7s had to be scrapped in October just two months after their launch, and the recall was particularly damaging, investors and analysts say.