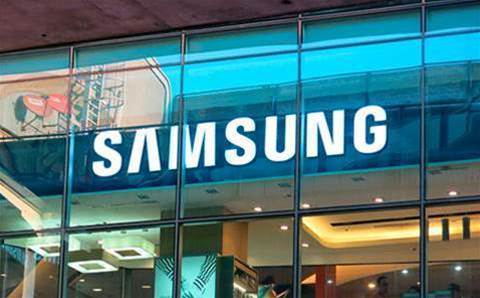 Samsung expects demand for memory chips to remain strong in 2018, as it reported record annual profit driven by a so-called memory chip "super-cycle" and announced a 50:1 stock split.

The South Korean giant's shares surged more than 8 percent after it unveiled the massive stock split, saying it wanted to make the company "more accessible and provide dividends to a wider range of investors".

The upbeat outlook from the world's biggest maker of memory chips comes as investors look for signs of an end to the massive expansion in the global semiconductor business that has driven profits at chipmakers in recent years.

"Looking at the mid-to-long term, Samsung expects the components business to see demand expand from new applications," the company said in a statement on Wednesday.

"In the first quarter, the company expects the mobile business to improve its earnings, led by an increase in sales of flagship products with the launch of Galaxy S9."

Led by a stellar fourth quarter, the company brought home an annual profit of US$50.2 billion, outstripping a record of US$34.4 billion reached in 2013.

Operating profit for the three months ended December rose 64 percent on year, in line with the company's forecast, to US$14.13 billion, Samsung said in a regulatory filing.

Earlier this month, Samsung had said it would likely report a record quarterly profit of US$14.1 billion, but the guidance fell short of consensus estimate at the time, sending shares down as investors worried if this indicated that the memory chip boom could be ending sooner rather than later.

But Samsung shares have recovered about 3 percent over two weeks, helped partly by a rosy market outlook from SK Hynix, the world's No.2 memory chip maker.

Samsung reported a record profit of US$32.9 billion in 2017, after more than doubling its profit on-year in the fourth quarter alone.

The company's mobile division, which competes with Apple, reported a profit of US$2.2 billion in the fourth quarter, a decline from US$2.3 billion a year prior.

The outlook for Samsung's smartphones is uncertain amid competition from Chinese rivals in markets like Europe and Asia, with the mobile division expected to show shipment growth of about 1-2 percent in 2018 versus 2017, said Tom Kang, research director at data provider Counterpoint.

Samsung's display business reported a US$1.3 billion profit in the fourth quarter, up from US$1.2 billion in the same period last year.

Analysts expect display profits to grow this year thanks to Samsung's sales of organic light-emitting diode screens for Apple iPhones as well as Samsung's own handsets.