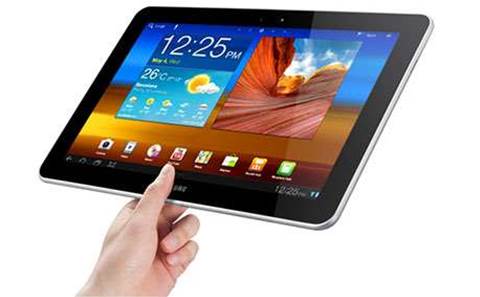 The South Korean vendor has been appointed as a mobility supplier to VicGov, alongside Acer, Datacom, Toshiba, Dell, HP and Southern Cross Computer Systems, which represents Lenovo.

Mobility is one of five categories under the ﻿﻿end user computing panel – previously worth up to $65 million a year – along with desktops, notebooks, Apple devices and Chrome devices.

It marks the first time Samsung has been appointed to supply devices to a state government end user computing panel, and in this case is supplying in association with Ethan Group, said Todd Lynton, director of Samsung's Enterprise Business Team.

Over the past year, Samsung has hired a string of former Acer staff to build its government credentials.

One key hire was Michael Cefai, who joined in April 2014, as reported by CRN.

At the time, Craig Gledhill, Samsung's vice president of enterprise and small and midsize business, said: "His [Cefai's] strong experience in public sector and enterprise will be valuable in helping us expand our presence working closely with our strong partner ecosystem."

Other former Acer people have since joined Samsung, some direct from the PC maker, others following short stints elsewhere in the channel.

Samsung also hired Ben Sheehan into its government sales force. Sheehan had spent a short stint at Dataflex following nearly six years as Acer, most recently as a BDM.

Ethan Group is a key force in Samsung's public sector push. The systems integrator has been supplying monitors to AGIMO for more than five years and also supplies Samsung tablet devices to the Federal government, said Lynton.

He added that Samsung's enterprise business is "100 percent partner-driven and -fulfilled".

"Enterprise is a key focus for Samsung and locally, government and education are two of our key vertical markets," said Lynton, such as the 152 commercial displays installed at Brisbane Boys’ College in Queensland.