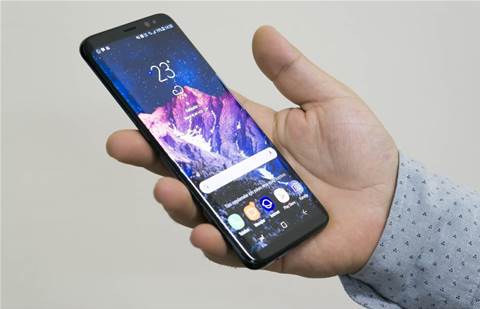 As signs emerge of a slowdown in global smartphone demand, Samsung is expecting to see a revenue drop for its most recent quarter.

South Korea-based Samsung Electronics Friday announced guidance on sales for the second quarter of the year, with revenue expected to be between US$51.06 billion and US$52.85 billion.

At the top end of the range, that would still mark a revenue decline of 3.2 percent from the same period a year earlier.

And while the previous four quarters had seen record profits each quarter for Samsung, the company disclosed that operating profit in the second quarter is expected to reach no higher than US$13.34 billion. That would represent an increase of 5.9 percent, but would not be enough to continue the streak of record quarterly profits.

The report comes after research firm Gartner reported that global smartphone sales saw the first-ever quarterly drop year over year in the final quarter of 2017, with a 5.6 percent decline from the same period the year before. Global smartphone sales returned to modest growth in this year's first quarter, with a 1.3 percent increase from a year earlier, according to Gartner.

On Friday, a Wall Street Journal report cited a projection by analyst Lee Seung-woo of Eugene Investment and Securities that Samsung is taking a hit on smartphone sales.

In addition, NAND memory -- another key business for Samsung -- has seen prices drop at a faster rate than expected, the Wall Street Journal reported, citing a Susquehanna analyst report.

Samsung is likely to unveil its next major smartphone release in August, with the widely expected launch of the Galaxy Note 9.

Meanwhile, Apple's attempted transition to higher-priced iPhone models featuring colorful OLED displays does not appear to be going as planned.

The first such phone, last fall's iPhone X, showed sales "softness" during the first three months of the year, analyst Daniel Ives of GBH Insights wrote previously. Dampening sales of the US$999 iPhone X led the average selling price for the iPhone line to drop significantly from the previous quarter -- to US$728 from US$796.

A Wall Street Journal report in June indicated that Apple expects iPhone models with LCD displays — the same technology that's been used in iPhones for years — will contribute the "majority" of sales among new iPhone models released this fall.