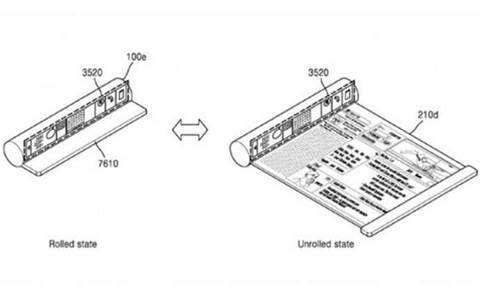 If you thought the curved screen of the Samsung Galaxy Edge was pointless, you're going to hate this. A new report on Patently Mobile shows the electronics giant has filed a patent for a foldable smartphone.

Yes, that's a smartphone you can roll up.

As detailed in several drawings, the smartphone will be comprised of two main parts; a cylindrical chassis and a highly flexible screen. The cylindrical part of the device will hold the smartphone's internals components, while the screen is designed to be wrapped around it. Instead of Gorilla Glass, Samsung is aiming to use a more plyable plastic coating. 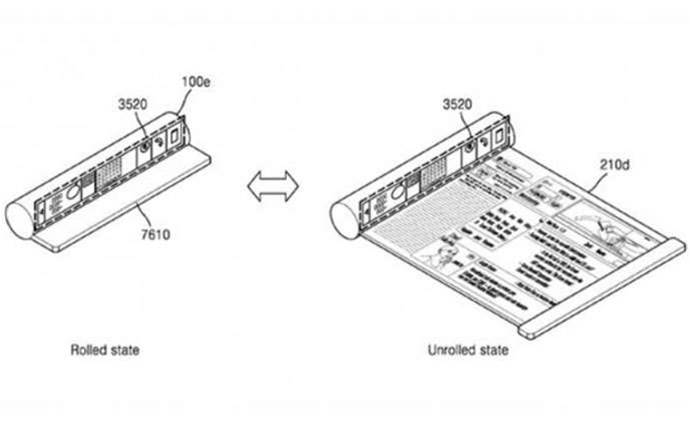 Samsung envisages the smartphone will exist in two main states; folded and unfolded. When folded, the smartphone should look like an unopened scroll. When ready for action, users will pull a tab to unfurl the device's flexible screen.

Much like the Galaxy S6 Edge, Samsung's rollable phone will make special use of its innovative screen, and the patent shows features that use the flexibility of the display. For example, the patent suggests users will be able to fold a corner of screen back to show missed notifications.

We already know Samsung is keen on foldable screens, but this has to be of the most outlandish ideas we've seen from the manufacturer. Although it almost certainly won't appear on the Galaxy S7, it's interesting to see where Samsung thinks mobile devices are headed. Do you agree?