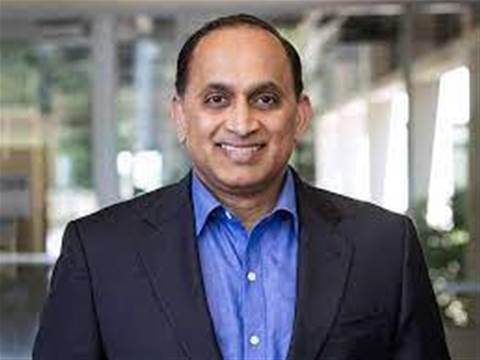 VMware Chief Operating Officer Sanjay Poonen, who oversaw all of VMware’s sales and customer operations, is leaving the multicloud software company after being passed over as CEO.

Poonen, a software superstar in his own right who built the company’s end user compute organization into US$1 billion business, said in a tweet on Tuesday morning that he would share more on his “next adventure” in the next few weeks and month.

“It’s been a great time at VMware the past seven years; friendships created, all we’ve built together, employees touched, and customers/partners impacted,” wrote Poonen. “Also excited about what I’m going to be doing next…Stay tuned.”

It's been a great time @VMware the past 7 yrs; friendships created, all we’ve built together, employees touched, and customers/partners impacted. Also excited about what I’m going to be doing next. More on my next adventure in the next few weeks and months, stay tuned... pic.twitter.com/u13femnz3U

Poonen’s departure comes after VMware announced that it had selected 18-year company veteran Raghu Raghuram – who was COO of products and cloud services – as CEO.

At the same time, VMware announced that Poonen had made the “personal decision” to leave VMware. “I extend my warm congratulations to Raghu on his promotion to CEO and know he will take the company to new heights,” said Poonen in a prepared statement. ”I will be cheering on the company’s success, as I embark on my next adventure.”

Jed Ayres, the CEO of IGEL, the maker of the Linux edge operating system, credited Poonen with transforming VMware’s end user compute business into a force to be reckoned with in the VDI market.

“Sanjay is a world class executive who led from the front and always did it with integrity,” said Ayres. “I am sure he is going to land as a CEO at a great company. He took a haggard end user compute business at VMware and built it into a US$1 billion powerhouse that was unrivaled in terms of its cloud workspace reach and breadth with security, management and cross platform capabilities.”

Ayres - who has known Poonen for a decade- said the 31 year industry veteran, who started as a Microsoft software engineer, has the “aura, energy and magnetism” that distinguishes great leaders. “Sanjay is a fierce competitor and also someone that is not afraid to talk about his faith,” he said.

Before joining VMware in 2013, Poonen was president of the platform, applications and industries group for Enterprise Resource Planning (ERP) software behemoth SAP.

Grow your software revenue by selling these 5 affordable, essential tools for the modern workplace
By Steven Burke
May 13 2021
12:32PM