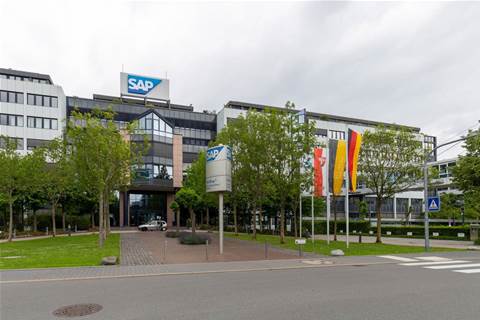 Software giant SAP has acquired a minority stake in Vistex, an ISV partner that develops go-to-market, pricing, rights and royalty management, and other applications that work with SAP’s core ERP software.

The two companies touted SAP’s equity investment in Vistex as a milestone in a relationship that goes back 16 years. They also said it demonstrated SAP’s commitment to its partner community.

“This sends a message to the [partner] community that we are joined at the hip,” said Sanjay Shah, Vistex founder and CEO, in an interview with CRN. “It further solidifies our partnership.”

The two companies did not disclose the size of the SAP investment, but Shah described it as “a minority stake.” In January 2019 Vistex received another minority equity investment of US$105 million from private equity firm Accel-KKR.

Vistex, based in Hoffman Estates, Ill., develops software that works with SAP’s Business Suite and SAP S/4HANA ERP applications, including rights and royalty management, paybacks and chargebacks, and payment resolution applications. Other applications in the Vistex portfolio include channel management and go-to-market software.

Vistex is an SAP Solution Extensions partner, an elite category of SAP partners that develop applications that extend the capabilities of SAP’s core software, providing functionality for specific tasks and/or specific industries and markets.

The company’s relationship with SAP is extensive. SAP sells Vistex applications on its own price list and Vistex offers its products through the SAP App Center. Vistex also sells its applications to customers who aren’t SAP customers.

Shah noted that only a handful of SAP’s 20,000 partners achieve Solution Extensions status. “Our relationship with SAP is very unique,” he said.

“Vistex is a pioneer in developing ERP solution extensions for the unique needs of industries ranging from media to agriculture, to consumer products and automotive,” said Karl Fahrbach, SAP’s chief partner officer, in a statement on the Vistex investment. ”More than ever, businesses need tools like those developed by Vistex to remain agile and adapt to ever-changing economic trends while offering the ability to make smarter, faster business decisions based on real-time data.”

Privately held Vistex doesn’t disclose its finances, but a June 2019 press release from the company announcing the opening of a downtown Chicago office said the company had 21 offices worldwide, 1,500 employees and nearly US$250 million in revenue in 2018.

Shah said Vistex was not in need of the additional capital. But he said the financing comes at an opportune time as Vistex is in the process of expanding its applications to the cloud and bringing them to market on the SAP Cloud Platform.

“We’re doubling down on the cloud,” Shah said, adding that the company will use the funding to expand its research and development, and sales and marketing operations.

Last week SAP unveiled plans to pursue an IPO for Qualtrics, the customer experience software developer SAP acquired in 2018 for US$8 billion. SAP intends to retain a majority stake in Qualtrics.