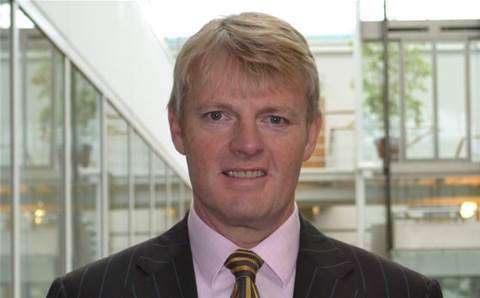 SAP has promoted Colin Brookes as its new president and managing director of the Australian and New Zealand business six months after joining.

In his new role, Brookes will be responsible for customer operations across the region. He joined SAP ANZ as chief operating officer in January after three years in the same role at SAP UK and Ireland.

Prior to SAP, Brookes was senior president for Software AG across APJ. He also held leadership roles with FormScape Software, Knowledge Support Systems and CA Technologies.

SAP Asia-Pacific and Japan managing director Scott Russell said: “In the past six months, Colin Brookes has brought a new level of sophistication to our operations that has translated to better outcomes for and higher satisfaction among our customers in Australia and New Zealand. Under his leadership, I am confident this trend will accelerate."

Interim president and managing director Stephen Moore will take on the role of executive director after nine months in the interim job. He will be responsible for building on SAP's growth and adoption of its cloud portfolio, as well as supporting customers and partners.

“Under Stephen Moore’s leadership, organisations in Australia and New Zealand have adopted our cloud solutions at an unprecedented rate,” Russell said. “We look forward to his continued leadership as we simplify and harmonise the way we deliver on our customers’ increasing demand for our innovation in the cloud.