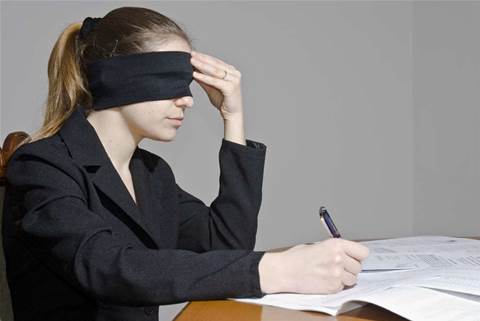 SAP users claim they are flying blind when negotiating discounts off an invisible price list.

In a survey of SAP’s UK and Ireland User Group, 95 percent of SAP’s most loyal customers said licensing was overly complicated, some 88 percent wanted price lists published for all SAP products, and 97 percent wanted to only pay for licenses they had used.

Australian CIOs have indicated a desire for a similar survey be conducted in Australia, with the main concern involving SAP's end-user access licensing.

SAP – like industry peers IBM and Oracle – offers ‘Named User’ licenses, under which customers must pay a license fee for every individual granted a log-in to the system.

The Named User licensing system is especially frustrating for organisations in Australia’s resources industry, where the size of a workforce fluctuates on a project basis.

The British survey called for SAP to license software per concurrent user (the maximum number of users logged in to the system at any one time).

This would enable an organisation to buy, for example, 100 licenses for 150 log-ins in a scenario where shift workers or follow-the-sun support staff share access to a system.

Concurrent licensing has been introduced by several mid-market vendors (such as Sage and Microsoft Dynamics) in response to the threat posed by the simpler subscription models of software-as-a-service (SaaS) providers.

But for the most part, enterprise software vendors have enjoyed a greater level of customer lock-in and have not felt the need to adjust their licensing schemas to date.

Part of the chokehold enterprise software vendors enjoy comes down to obfuscation of price.

With a few exceptions amongst its newly acquired cloud services, the bulk of SAP’s products are sold at a price negotiated with individual customers.

Some 88 percent of SAP’s surveyed UK and Irish users demanded that SAP publish its price list.

SAP’s main competitor, Oracle, publishes price lists (pdf) for every discrete module or component in its software stack. But it is common industry knowledge that these prices are rarely adhered to during sales negotiations, rendering them somewhat meaningless.

Like Oracle, customers told CRN sister site iTnews that SAP quoted customers “discounted” licensing during the sales process, but customers had no concept of a base price from which a discount was calculated.

Pay for what you use

Some 97 percent of British and Irish users surveyed want the ability to ‘park’ unused licenses for use at a later date. This might be appropriate, for example, at the end of a project or following a round of redundancies.

One Australian SAP customer suggested that SAP could appease these customers – and potentially embed itself deeper in its customer base – by allowing buyers to trade-in unused licensing for access to other SAP modules.

Also on the modules front – UK and Irish SAP customers complained in the survey that many modules of SAP can be switched on by low-level users - at an additional licensing cost – without sufficient controls being in place for administrators to keep costs in check.

A spokeswoman for SAP Australia said the vendor had no plans to publish price lists beyond the limited number of cloud solutions it has offered to the market (such as Business ByDesign).

On-demand software suited a price list, she said, as it tended to be "more uniform, repeatable deployment with less customisation".

But for the core of SAP’s software offerings, the status quo will remain indefinitely.

“We do not provide our software price lists, as we want to ensure that each customer and prospect gets the pricing that is specific to their use cases and value derived,” she said.

The spokeswoman said customers would have to assume SAP’s approach is based on a “consistent range of metrics”.

“Reached [existing] agreements need to be respected,” the spokeswoman said.

But she did indicate that future customers may gain better visibility as SAP moves more of its software into cloud services.

SAP would “continue to make changes to the price list in order to simplify and provide transparency in the licensing of its solutions,” the spokeswoman said.

“If flexibility is one of the major requirements,” she said SAP offered new customers “the option to rent software for OnPremise usage or use Software on OnDemand.”

She advised customers “contact an SAP Account Executive when they are looking for pricing information on any of our software or services solutions".

The two most senior representatives of the SAP Australia User Group (SAUG) were contacted for this story but have not returned request for comment.

Grow your software revenue by selling these 5 affordable, essential tools for the modern workplace
By Brett Winterford
Oct 31 2012
4:17PM