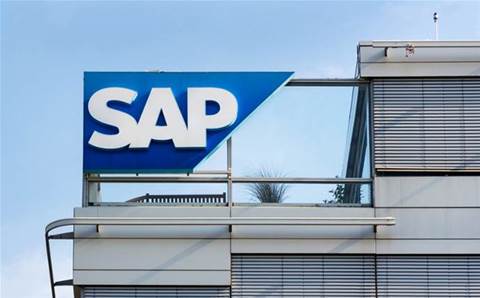 "SAP is cheap on multiples, but with SAP requiring (about) 60 percent of the year's profit in 2H against a slowing macro, investors are likely to need more proof points to drive a re-rating in the short term," Jefferies analysts wrote in a client note.

The German company cited an impact on adjusted profit of 350 million euros (A$514 million) at constant currencies from the war in Ukraine and a potential decline in software licensing revenue.

Its exit from Russia and Belarus led to about 120 million euros (A$176 million) in severance payments to employees and impairments of assets.

"The exit is still ongoing. We have notified our employees and they will leave the company over the course of 2022," CEO Christian Klein said on a call with journalists.

"There's also a number of employees who might work for us from other locations, but by the end of the year we will have completed the exit and I don't expect a higher number than 350 million euros," he said.

SAP, which makes software for managing business processes, has been moving to subscription-based cloud services from software licences with up-front fees.

"Our transition to the cloud is ahead of schedule and we have exceeded topline expectations, with cloud revenue becoming SAP's largest revenue stream," Klein said in a statement.

The company's cloud revenue climbed 34 percent to 3.06 billion euros (A$4.5 billion) in the quarter. The current cloud backlog, which measures incoming business, was up 34 percent at 10.40 billion (A$15 billion) euros.

Adjusted earnings per share were 28 cents (A$0.41), below estimates of 44 cents (A$0.65), mainly due to a lower contribution from investments in venture capital firm Sapphire Ventures.

The contribution from Sapphire Ventures was down by about 1 billion euros (A$1.5 billion) from last year.

(Reporting by Supantha Mukherjee in Stockholm; editing by Kim Coghill and Jason Neely)