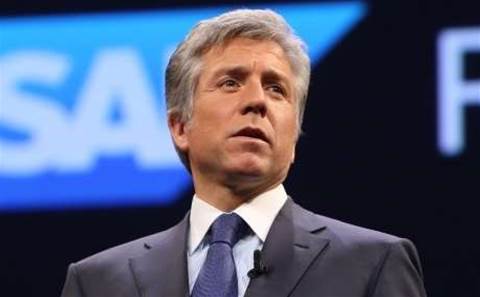 SAP has no interest in acquiring cloud CRM application vendor Salesforce.com, CEO Bill McDermott asserted Tuesday US time. And he got in a little competitive dig while doing so.

"We have always tried to buy assets that were the best-in-class or assets that were ascending in value and actually bringing new and innovative solutions to market," McDermott said during a press conference at SAP's Sapphire Now conference in Orlando, USA, when asked about reports that SAP had once pursued an acquisition of Salesforce.

Last week, reports surfaced that Salesforce.com was in talks with a potential acquirer, and Oracle and Microsoft were the most likely potential suitors. But Bloomberg also reported that SAP had engaged in buyout talks with Salesforce last year.

This week, a new Bloomberg story identified SAP and Oracle as contenders to buy Salesforce.

In his keynote speech earlier in the morning, McDermott argued that SAP's broad range of applications are the best application offerings for customer engagement.

"I think it's pretty clear that Salesforce automation, in its current format, has become a commodity," he said. But in that speech he did not specifically refer to Salesforce.com by name.

SAP already offers both on-premises and cloud-based CRM applications and is No. 2 behind Salesforce.com in the overall CRM market. But Salesforce has a bigger lead in the fast-growing market for cloud CRM applications. Oracle and Microsoft are third and fourth, respectively.

In recent years, SAP has acquired multiple companies to fill out its product lines, especially in the cloud computing realm. It acquired SuccessFactors, a developer of cloud-based human capital management applications in 2012 for US$3.4 billion. That same year, it bought business commerce network operator Ariba for US$4.3 billion. And late last year, SAP acquired travel expense management app developer Concur for a whopping US$8.3 billion.