SAP: No cloud offering for local customers until 2011 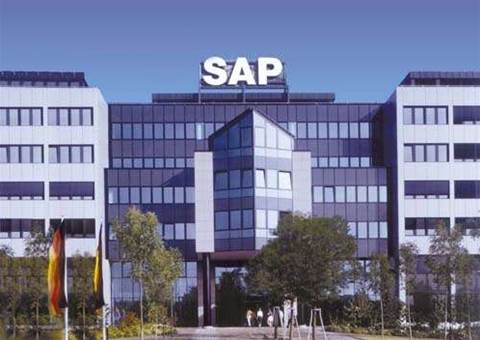 Local SAP customers won't be able to get their hands on one of its key cloud offerings until 2011 at the earliest, and even that date seems shrouded in uncertainty.

Speaking at the SAP World Tour 10 event, SAP ANZ chief operating officer Ian Black said that the latest version of Business ByDesign, SAP's on-demand software package, would be released this month in a number of countries, but wouldn't appear in Australia until 2011.

"Right now, in July, we're making it available in a number of markets globally," he said. "Next year we will be introducing this to Australia."

However, in a media briefing following Black's presentation, SAP's director of industry and solutions group John Goldrick said there was no formal company timetable yet for the release of the product beyond the initial six markets being serviced this year.

SAP has promoted on-demand computing for a number of years but has often restricted availability to a handful of key customers. Some local customers have complained about its insistence on hosting applications in its US and European data centres.

"We're committed to continue to deliver on premise solutions to companies that want to own their own infrastructure and manage their own applications in their own way," he said.

The customer event, SAP's biggest major local outing since it announced its latest product strategy in May, also saw one of the first public demonstrations of Duet Enterprise, software co-developed by SAP and Microsoft which allows access to SAP data via SharePoint 2010.

Duet Enterprise is due for release later this year.

SAP conceded that the original Duet 1.5 platform, which integrated SAP's back-end systems with Outlook via a series of 11 pre-defined scenarios, had not been a major hit with Australian companies.

"The feedback I've got is that the lack of an SDK for people to tweak and construct their own flows did hold it back," said Tim Wilkes, solutions manager for the product and solutions group at SAP Australia.

Around half-a-dozen local customers had expressed interest in beta-testing the Duet Enterprise platform, Wilkes said, though it was unlikely all of those requests would be met.

"We will have no further releases of Duet," senior solution architect Paul Fewster said. "There will be no upgrade option to go from Duet to Duet Enterprise."

Several of the demonstrations during the presentation utilised customised iPad and iPhone applications designed to perform common tasks such as expenses approval.

While SAP has developed a number of these applications, plans for how they'll be released and whether they'll be free haven't yet been finalised, Wilkes said.

While Apple's hardware got the lion's share of attention during the demo, Wilkes confirmed that the company had developed similar applications to run on Android, BlackBerry and Symbian devices.

Grow your software revenue by selling these 5 affordable, essential tools for the modern workplace
By Angus Kidman
Jul 21 2010
8:30AM