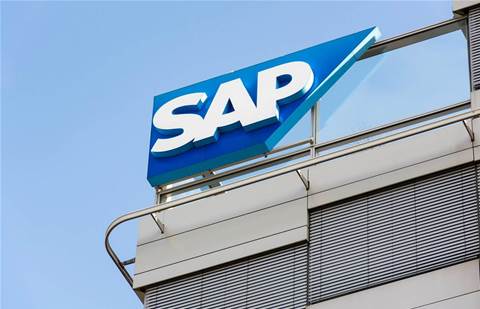 German software company SAP reported a 41 percent jump in cloud revenues in the third quarter as its business transformation gathers pace, enabling management to raise guidance for revenues and profits this year.

Europe's most valuable tech company is ramping up sales and installations of its cloud-based S/4HANA business suite, which is superseding its mainstay Business Suite enterprise software that is sold under licence and runs at on-site servers.

New cloud bookings, an order entry metric, rose by 37 percent in the third quarter at constant currencies. That underpinned the firm lifting its 2018 growth forecast for cloud revenues to 36.5-39 percent from 34-38 percent previously.

"The future has never been brighter at SAP - we're fired up and ready to go," chief executive Bill McDermott told journalists on a conference call, highlighting a full fourth-quarter order book.

McDermott claimed the mantle for SAP, which competes with Salesforce and Oracle, as the world's No.1 cloud enterprise software company by users, it has 170 million, and said it was also the fastest-growing in the cloud.

SAP now expects total revenues to grow 7.5-8.5 percent in 2018, up from 6-7.5 percent previously. It raised the lower end of its forecast range for operating profits by half a percentage point, narrowing it to 9.5-11 percent.

Figures are at constant currencies and on a non-IFRS accounting basis.

The bullish outlook contrasts with resistance among some SAP customers to move core processes from on-site datacentres to remote servers.

In a survey this week, just 10 percent of respondents in SAP's home market of Germany said they were willing to make that change. The national DSAG user group urged the company not to retire the Business Suite as planned in 2025, but instead to continue a hybrid offering of cloud and on-site services.

The transition entails a trade-off for SAP: Growth in the subscription-driven cloud business helped boost the share of predictable revenues at SAP by 3 percentage points in the third quarter to 68 percent.

But it needs to achieve scale to deliver on the promise of an expansion in operating margins to over 30 percent as the cloud business tends to dilute the impact of the mature, but highly profitable, licence business.

McDermott said the cloud was "where the customer wants us to go" while also playing up SAP's push into Customer Relationship Management (CRM) with its recently announced C/4HANA suite.

"We are going to take over the CRM market, not because we are bold and innovative, but because the customers want the best end-to-end service," he said.

SAP's third-quarter non-IFRS revenues grew by 10 percent at constant currencies, ahead of market expectations. Non-IFRS operating profit growth of 11 percent was less than expected. At the bottom line, earnings per share of 1.14 euros beat the mean view in a Reuters poll of analysts.

Grow your software revenue by selling these 5 affordable, essential tools for the modern workplace
By Douglas Busvine
Oct 22 2018
6:50AM