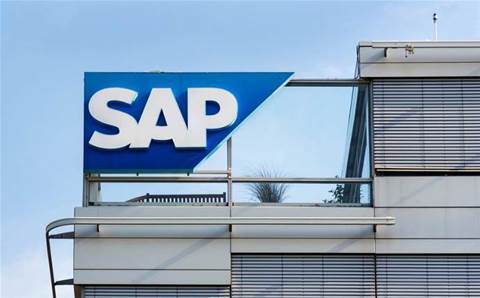 SAP is revising how it prices its core business planning software after a legal crackdown against high-profile customers Diageo and AB InBev caused a backlash with its wider customer base, who feared they might be hit by hidden, indirect charges.

The German company said on Tuesday it will offer a new model for sales, licence audits and pricing that will serve as an alternative to its decades-old approach of charging customers by the number of users accessing its software.

The new pricing model, known as "indirect access" covers the increasing use of SAP products with non-SAP systems, running automated processes in the cloud or handling machine-to-machine transactions by internet-connected devices or sensors, the so-called "internet of things".

The changes mean customers pay handling fees only when significant business processes or outcomes are achieved, rather than simply because a random technical process was triggered, indirectly, through an SAP software system.

In an interview, SAP sales executives acknowledged that ambiguity over how the company billed customers for digital or indirect access to SAP systems had been abused in rare cases by its sales staff to launch audits against customers in order to seek hefty back payments from them.

"The ambiguity has also led to inconsistent sales and audit practices that have ultimately shaken some of our customers' trust," SAP chief operating officer Christian Klein and corporate business development chief Hala Zeine said in a joint blog post.

The moves are SAP's belated response to sweeping changes in the way the industry works, as SAP acknowledges the increasing shift away from direct access to its systems by office workers to more automated ways of working.

Europe's most valuable technology company is midway through a strategic transition that aims to convince customers to shift to internet-based cloud services and wean them off software sold under license and installed at offices and factories.

In February 2017, the High Court in London ruled SAP customer Diageo potentially owed more than US$71 million in back payments to cover indirect access to SAP systems which the drinks maker had used to run a rival Salesforce software system. The two firms later settled for undisclosed terms.

SAP quickly filed a US arbitration claim against a unit of Anheuser-Busch InBev over similar issues involving unlicensed indirect use of SAP software, seeking damages of up to US$600 million. The sides settled in June for undisclosed terms and declined to comment further, AB InBev disclosed last month.

Analysts said these cases triggered widespread anxiety among SAP's multinational customer base, many of whom rely on its software to exert financial control over operations in far-flung locations. Many feared they might be audited next.

"You had a lot of SAP customers learning about the indirect pricing issue only after they had implemented SAP systems," said Gartner analyst Bill Ryan, who advises corporate customers on software licensing strategies. "That created a certain amount of pushback among them."

The company said the new way it negotiates and enforces licensing contracts will make pricing its software more transparent and predictable, by charging for business outcomes rather than for the number of theoretical users.

SAP publishes general pricing tiers for its products but does not reveal the terms of individual customer deals. Pricing will be set case by case, SAP executives said.

Existing customers retain the option to be billed according to the traditional model of user numbers, or change their license at a later date. Any contracts are subject to renegotiation between SAP and its customers. ($1 = 0.7059 pounds)