SAP says up to 75 percent of revenue will be from cloud software, services by 2020 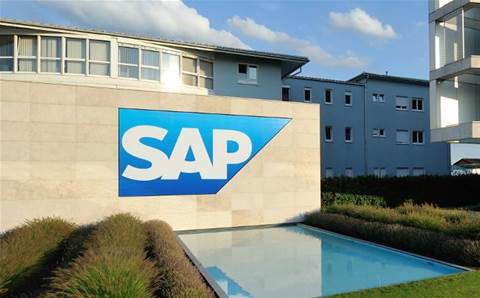 SAP is on track to generate between 70 percent and 75 percent of its revenue from recurring cloud subscription and support sales by 2020, SAP CEO Bill McDermott said on Thursday.

McDermott's comment came during the company's second-quarter earnings call in which it reported 29 percent growth in cloud subscription and support revenue and 10 percent sales growth overall.

The company also reported strong growth in sales of its flagship S/4HANA application suite for both cloud and on-premises deployments.

"Our total revenue grew double digits in the quarter," McDermott said. "We believe SAP is the only company in the business software industry of scale to deliver fast growth both in the cloud and core license growth."

But SAP's operating profit was down 27 percent (using International Financial Reporting Standards) to 926 million euro (A$1.36 billion) from 1.27 billion euro (A$1.86 billion) in last year's second quarter. The decline was due to costs associated with a restructuring of SAP's services organisation and higher share compensation expenses, CFO Luka Mucic said on the earnings call with financial analysts.

Revenue from traditional software licenses and support increased 5 percent in the quarter to 3.83 billion euro (A$5.63 billion) from 4.36 billion euro (A$6.4 billion) one year ago. McDermott noted the significance of that result because many software vendors report declining sales of on-premises software while their cloud software sales grow.

"This is because SAP takes a much more customer-centric approach to the transition in the cloud, protecting legacy investments while offering the most complete vision for the cloud. The breadth and depth of SAP's end-to-end portfolio is the clear differentiator," the CEO said.

License sales of S/4HANA, SAP's flagship ERP application set, grew 5 percent in the quarter. SAP added about 500 S/4HANA customers during the quarter, bringing the total to more than 6300.

McDermott noted that not all S/4HANA adopters are current SAP customers upgrading from older SAP applications. About 30 percent of S/4HANA sales in the quarter were net-new customers. "We're making a bold move into customers that haven't seen SAP and may not even be thinking of SAP in the midmarket and upper midmarket," he said.

Asked about rival Oracle and its US$9.3 billion acquisition of cloud application vendor NetSuite last year, McDermott said Oracle appears to be taking a two-tier approach to the cloud ERP application market, targeting large enterprises with its Fusion product line and focusing NetSuite on the SMB market.

"The [second-quarter] results make it perfectly clear SAP is gaining share against our competition," McDermott said. "Cloud and software powered to 9 percent growth in the quarter, significantly outpacing our main competitor even as acquisitions benefit their results."