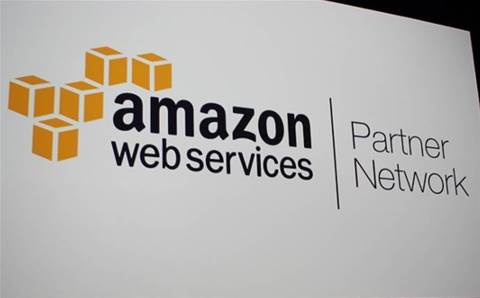 Amazon Web Services has inked a billion dollars of revenue in extensions of existing contracts with software giants Symantec and SAP, according to a report published Wednesday by Bloomberg.

The security and enterprise management powerhouses have both contracted with Amazon for US$500 million in cloud services over the next five years, stepping up their current spending with the public cloud leader.

On the Symantec deal, AWS beat out Microsoft, which was vying to host the company's cybersecurity workloads, the report said.

The billion in revenue over five years will do little to swing AWS financials.

Amazon reported its AWS division generated US$6.11 billion in revenue in the second quarter, ended June 30, putting the company's run rate at almost US$25 billion as it has consistently grown in recent quarters at a pace close to 50 percent.

SAP has notably played the field in approaching cloud partnerships.

The memo cited by Bloomberg, which CRN USA has not seen, reads: "our SAP internal share of wallet stays pretty stable at 70 percent."

As for Symantec, the company increased spending with AWS by more than 700 percent, which delivers to Amazon 80 percent of that company's overall cloud spend.

Amazon and SAP didn't reply to requests for comment by publication time.

Sheila Jordan, Symantec CIO, told CRN USA via email: “Symantec is committed to a multi-partner cloud strategy, and we design our cyber security products to be compatible with and available to our customers through multiple cloud infrastructures and platforms including AWS, Azure, Oracle and other global and regional suppliers such as NTT, Singtel, BT, Deutsche Telekom, and others. As our cloud business has evolved, we have continuously evaluated our business relationships with our cloud partners.”